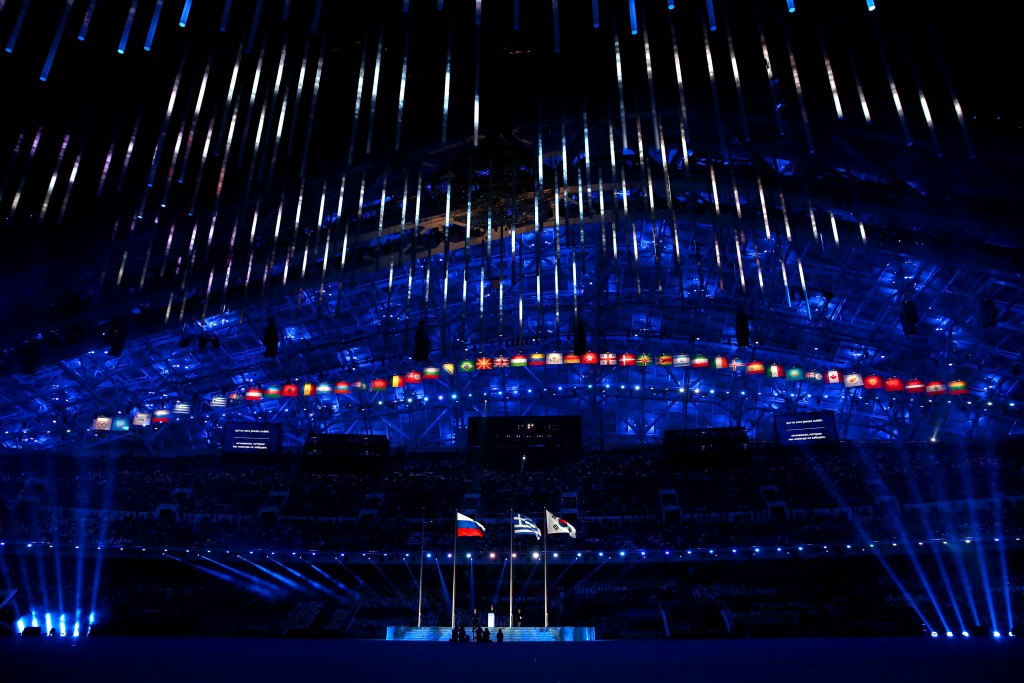 Russian FSB agents covered-up doping offences at the Sochi 2014 Winter Olympics, a whistleblower at the centre of the drugs scandal in the country has claimed.

Vitaly Stepanov, a former employee of the Russian Anti-Doping Agency (RUSADA), made the allegations in an episode of American investigatory programme 60 Minutes, which aired yesterday on the CBS network.

He also claimed that four of Russia's gold medallists at their home Games had been using steroids.

Stepanov said he was told of a cover-up by Grigory Rodchenkov, the former head of Moscow's shamed testing laboratory, and that he had taped conversations to prove it.

Agents from the FSB - Russia's security service - "worked as doping control officers during the Games and tried to control every single step of the anti-doping process in Sochi", he claimed.

According to CBS, the tapes include reference by Rodchenkov to "the Sochi list" which allegedly contains the names of the four Olympic champions who doped.

None of the allegations have been proven by other sources but World Anti-Doping Agency (WADA) spokesman Ben Nichols said the organisation would launch a prompt investigation.

'WADA has watched the CBS 60 Minutes programme, which revealed new and very disturbing allegations regarding Russian doping in sport," he said.

"We will look into these without delay."

Stepanov, along with his wife Yulia Stepanova, was a key figure in exposing the problems in Russian athletics.

The pair appeared in the explosive ARD documentaries in Germany which presented evidence of systemic, state-sponsored doping and cover-ups in Russian athletics, which paved the way for the WADA Independent Commission reports.

These, in turn, led to Russia being suspended by the International Association of Athletics Federations (IAAF) and their place at Rio 2016 remains at risk.

"Stepanov is riding his hobby-horse again," he told TASS.

"He will endlessly talk about doping in Russian sports.

"This was in the first film [ARD] and he appeared in later films.

"All his so-called revelations are based on speculations and are being actively distributed.

"The Olympics in Sochi have ended a long time ago.

"Not Russia collected doping tests then, and everything was held under very strict control.

"I don’t know whether we should endlessly refute Stepanov’s [claims].

"We will see if there are any legal risks for us, we will think about defence.

"It’s not the first time.

"Soon our athletes will have to perform at the Olympic Games in Rio de Janeiro.

"It is obvious that someone wants to harm Russian sports.

"Stepanov has exhausted the topic of doping in athletics, now he has probably started with the Sochi Olympics.

"What facts does he have, what lists?

"Why did he decide to make another revelation now?"

Questions about the drug-testing system in Sochi have regularly been raised amid the wider doping crisis sweeping through Russian sport.

Richard Pound, the chairman of the WADA Independent Commission, has said he "does not think we can be confident there was no manipulation of results at Sochi 2014".

The Independent Commission's reports - which were mainly centered on Russian athletics - also alleged that the FSB were involved in the drug testing process at the Sochi laboratory during the Olympics and Paralympics, "significantly undermining" its independence and compromising its "impartiality, judgment and integrity".

"We have no concrete proof, but it's hard to imagine what the Russian state interest would be in urine samples otherwise," Pound added in November.

But the International Olympic Committee (IOC), the body responsible for all re-testing, have denied that there were any problems and claim all procedures were followed closely.

Russia topped the medal table in Sochi with 13 golds, 11 silvers and nine bronze.