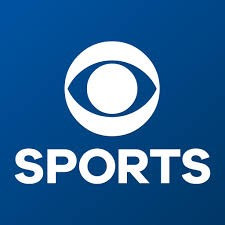 A two-hour programme from the World Flying Disc Federation (WFDF) 2016 World Ultimate Championships in London will be shown by American broadcaster CBS Sports Network, it has been announced.

The television channel, the 24-hour home of CBS Sports, will screen the mixed gender finals competition on same day delay and include highlights of the men's and women's finals.

It will also include a range of footage from the preliminary round action and features from around the sport and the event itself, which takes place from June 18 to 25.

To compliment the coverage on the CBS Sports Network, the WFDF will also live stream over 20 games in the build-up to finals day.

WFDF President Robert Rauch says the deal represents a considerable step forward for the governing body and for the sport of flying disc as a whole.

"We are very excited to be working with CBS Sports Network for the North American telecast of our premier championships,” he said.

“For WFDF, this is our most significant major network coverage to date reflecting the growth and recognition of the sport and it is a key element in our strategy to raise the profile of the sport as we continue our search for a global brand sponsor.”

Rauch and Tim Rockwood, the WFDF's managing director of broadcasting and marketing, will act as executive producers for the coverage, while Eliott Trotter of Skyd Magazine, a publication based on the ultimate discipline, will serve as director.

Mike Palmer of ulti.tv and Skyd Productions will be the technical director of the broadcasting output.

The majority of the event will be staged at the University College London Sports Ground, with finals day scheduled for Allianz Park, the home ground of rugby union Premiership side Saracens.

Around 3,000 athletes from 39 countries are expected to take part in the WFDF's flagship ultimate quadrennial competition across events including men’s, women’s, mixed gender, and masters divisions.

The World Ultimate Championships have been held since 1983 and the latest edition is expected to be one of the largest ever.

The last event was held in Sakai in Japan, where the United States won the open and women's masters categories, while Canada reigned supreme in the mixed and open masters tournaments.

Hosts Japan were the other victors as they triumphed in the women's event.