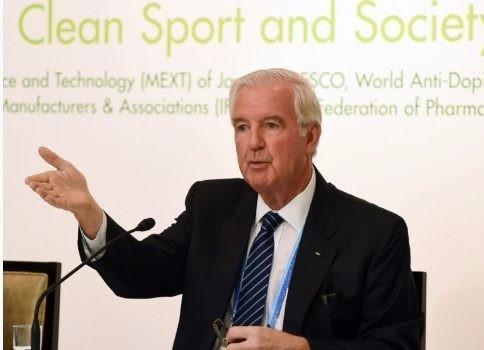 The governing bodies of sports who want the World Anti-Doping Agency (WADA) to catch and punish cheats for them will have to wait for two years, said Sir Craig Reedie, the WADA President.

“You can't change the whole anti-doping system in a short period, and work is ongoing to find out what investment is needed," Sir Craig told insidethegames.

"We are working though it, and if this is going to work the way the IOC have proposed, it will not be till 2018.”

In December, after a series of doping scandals in athletics and other sports, the International Olympic Committee reiterated its zero-tolerance policy to doping cheats and put forward a plan for change.

That plan involved the setting-up of a new, independent testing and results agency “under the leadership of WADA” and recommended that sports “should transfer their doping control operations to this new organisation”.

International Federations and Governments, which are 50 per cent partners of WADA, should fund the reform process, said the IOC, which also proposed that all sanctions be carried out not by the sports themselves, but by the Court for Arbitration in Sport.

Last Friday (April 8), at their annual congress, the European Weightlifting Federation voted unanimously that the sport should “go independent” in the way suggested by the IOC.

“We’re only interested in the International Federations, not Continental ones," said Sir Craig.

"At the end of the day, if the International Federations don’t want to join us, then it [the IOC plan] won’t work.”

The International Weightlifting Federation (IWF), the sport’s governing body, said it was too early for their Executive Board to vote on the European proposal, given the two-year WADA timespan.

A WADA Working Group is investigating the feasibility of the IOC’s proposal and the IWF, which has supported the initiative since the beginning, has been actively participating.

“At this stage of the proposal everything remains at the level of wishes,” said Attila Adamfi, director general of the IWF.

“The IWF is ready to adopt any proposal which serves the interest of the sport but, being a responsible International Federation, votes only on proposals which are elaborated and finalised.

"Hence, any voting on proposals to hand over testing to another entity is too early, and irrelevant.

“The IWF's goal is, has always been and will continue to be to catch the cheaters even if they are the biggest stars of the sport and to protect the clean athletes.

"The IWF strictly follows the zero-tolerance policy and has an excellent cooperation with WADA.

“The IWF is one of the very few international federations which has already outsourced its testing programme to an independent Anti-Doping Commission, completely independent from weightlifting and any National Federations, chaired by former IOC medical and scientific director Dr Patrick Schamasch in the light of good governance and transparency .

“Since its establishment [in 2014], the Commission has proven to be highly effective and its achievements have been acknowledged and acclaimed by the anti-doping community.”

Schamasch said: “Paying special attention to anti-doping education this year, the IWF made it obligatory to all Continental Federations to organise an IWF anti-doping seminar at the Olympic qualification events, and we fully finance these.”