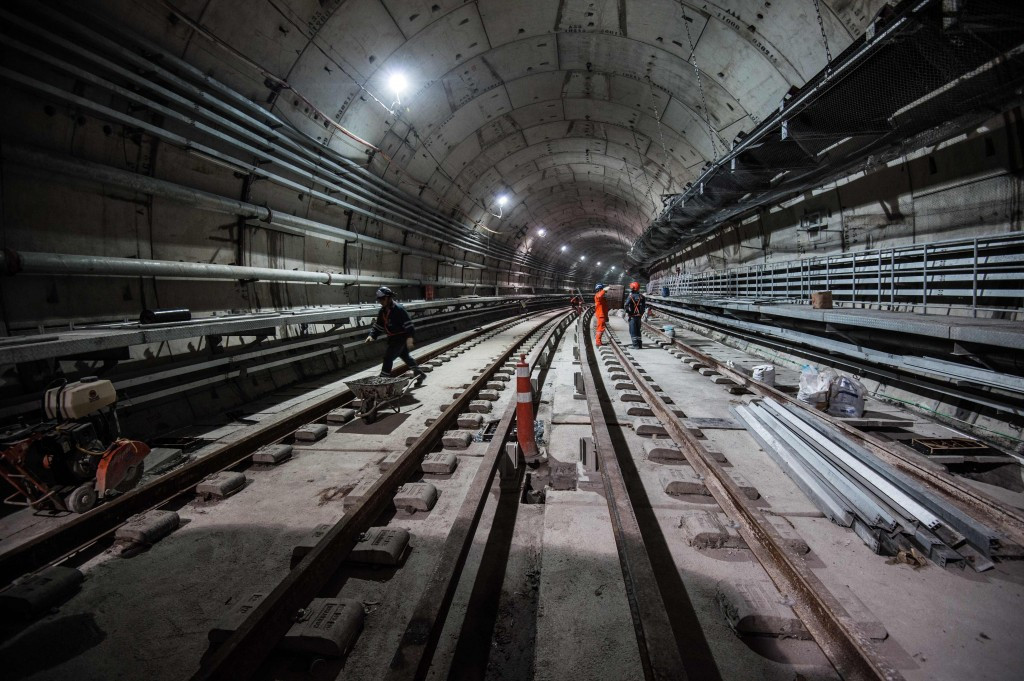 Brazilian officials in charge of preparations for this year's Olympic and Paralympic Games in Rio de Janeiro have hailed a "major breakthrough" after the completion of excavation work for the tunnels due to form the extended Metro Line 4 linking the city centre with the main Games hub at Barra de Tijuca.

According to the Department of Transportation, the last rock wall dividing two tunnels was broken through, meaning there is now a clear path from one end to the other.

This was achieved several days ahead of a deadline of Friday (April 15), it is claimed, going some way towards alleviating fears that the line will not be ready in time.

In February after a series of delays, a leaked email sent by Rio de Janeiro Mayor Eduardo Paes to the International Olympic Committee (IOC) warned of a "high-risk" it will not be ready in time.

This triggered a flurry of denials by Rio 2016, with the Mayor himself among those reportedly pledging the line would be ready in time during an IOC Executive Board meeting in Lausanne last month.

IOC President Thomas Bach also expressed his confidence that the project, which was not in the successful Rio de Janeiro bid for the Games in 2009, would be completed in time.

Fears remain, however, and most neutral observers remain sceptical.

Barra, the location for the Athletes' Village and the main Olympic Park, is a 30-minute drive from Copacabana and the Rio Centro zone in good conditions.

It can be a two-hour drive in rush-hour, although traffic is quieter during the school holidays, which will be in operation when the Games take place.

"We made important progress with the line over the weekend," Rio 2016 communications director Mario Andrada told insidethegames today.

"They connected two tunnels and the subway is now on track to be ready for the Games."

Twenty-two kilometres of rails have already been installed through the tunnel, with construction beginning on the final one kilometre section.

Work remains to be completed on the stations before testing of the line can begin in late June.

It is then due to open in July, just days before the Opening Ceremony on August 5, meaning the timeframe remains fragile.

An Olympic-lane is already going to be introduced for accredited personnel, but this could add to the congestion and will not be accessible for spectators attending the first Olympics to be held in South America, due to open on August 5.

There are also fears that Brazilian drivers will not respect the Games-lanes, which could add to congestion and prevent athletes reaching venues in time.

This was discussed in detail here today on the first full day of IOC Coordination Commission meetings, where transport was a leading item on the agenda.

This was never presented to the IOC, however.