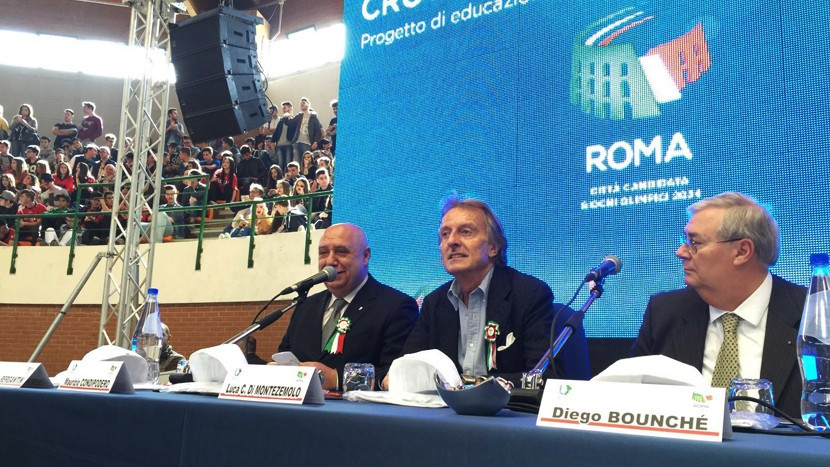 Rome 2024 President Luca di Montezemolo has stressed the need to receive support from across Italy on a visit to the southern city of Crotone.

The official made the comments as a new education initiative was launched in Crotone's Calabria region - which is located in the "toe" of the boot-shaped Italian peninsula.

He is hopeful that everyone in Italy - especially young people - will get behind their efforts as the capital competes against Budapest, Los Angeles and Paris for the rights to host the Olympics and Paralympics in 2024.

"We came to Crotone with great pleasure," said di Montezemolo.

"Because the 2024 Games will involve not only Rome, but the entire country and we want everyone’s support especially of the young people who will be the future athletes of 2024.

"We need to team up with all the Italian regions and use the bid to convey the right message of a healthy way of life and the values of Olympic and Paralympic sport to our students."

The education initiative will involve promoting sport culture and respect in Calabrian schools, while healthy lifestyles and the culture of peace will also be promoted.

Rome 2024 had signed a deal with the Regional Education Office for Calabria to ensure the implementation of the scheme.

Crotone is said to have produced numerous champions in the Ancient Olympics, including acclaimed wrestler Milo of Croton.

He fought in the sixth century and was known for his extraordinary strength.

"It is the true home of the Olympics of Magna Graecia," said di Montezemolo, who confirmed that a Rome Torch Relay would visit the city if Rome is awarded the Olympics.

"It is the city of athletes.

"And athletes like Milo of Croton wrote the history of the Olympics."

Giovanni Malagò, President of the Italian Olympic Committee, had previously announced that the Olympic torch relay would begin its journey in Lampedusa if Rome stages the Games.

The Italian island lies just 70 miles from the African coast and has hit the headlines as a first entry point for migrants who are attempting to reach Europe.

Many have died making dangerous boat crossings as they try to reach its shores.

A host for 2024 is due to be elected at the International Olympic Committee Session in Lima next year.