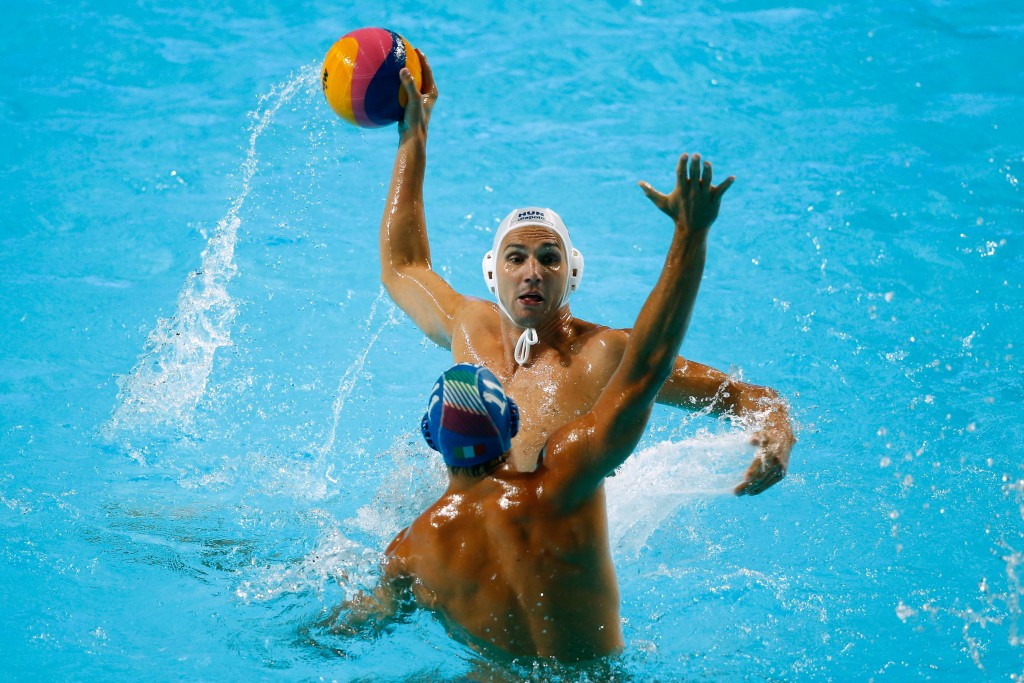 Dénes Varga’s hat-trick helped Hungary reassert their position as one of the leading contenders for the gold medal at Rio 2016 as his country beat hosts Italy 10-8 in the final of the Men's Water Polo Olympic Games Qualification Tournament in Trieste.

Hungary, the nine-time Olympic gold medallists, including three consecutive triumphs at Sydney 2000, Athens 2004 and Beijing 2008, were 3-2 down after the first period as the Italians started the better of the two sides.

Varga’s men turned it around in the second to move into a 6-5 lead at the halfway stage.

The Hungarian side managed to build on the momentum after the restart and outscored their opponents 3-1 in the third stanza, which proved to be crucial as Italy were unable to find a way back into the match.

Francesco Di Fulvio was Italy’s star performer as he found the net twice but his efforts proved to be in vain as Hungary held on for victory.

Their charge to a podium finish was led by youngster Roger Tahull as the 18-year-old notched an impressive five goals.

In the classification matches, The Netherlands edged a thriller with Canada 9-8 to claim fifth place and Romania finished seventh by beating Germany 10-9.

Hungary, Italy, Spain and France all earned qualification for this summer’s Olympic Games by reaching the semi-finals of the competition at the Polo Natatorio Bruno Bianchi in the Italian city.

Croatia and Greece secured their Olympic berths at last year’s World Championships in Kazan, while Australia, Japan and Montenegro all booked their spots by winning their respective continental qualifiers.

Water polo action at the Games in the Brazilian city begins on August 6 and concludes on August 20 at the Olympic Aquatics Stadium.