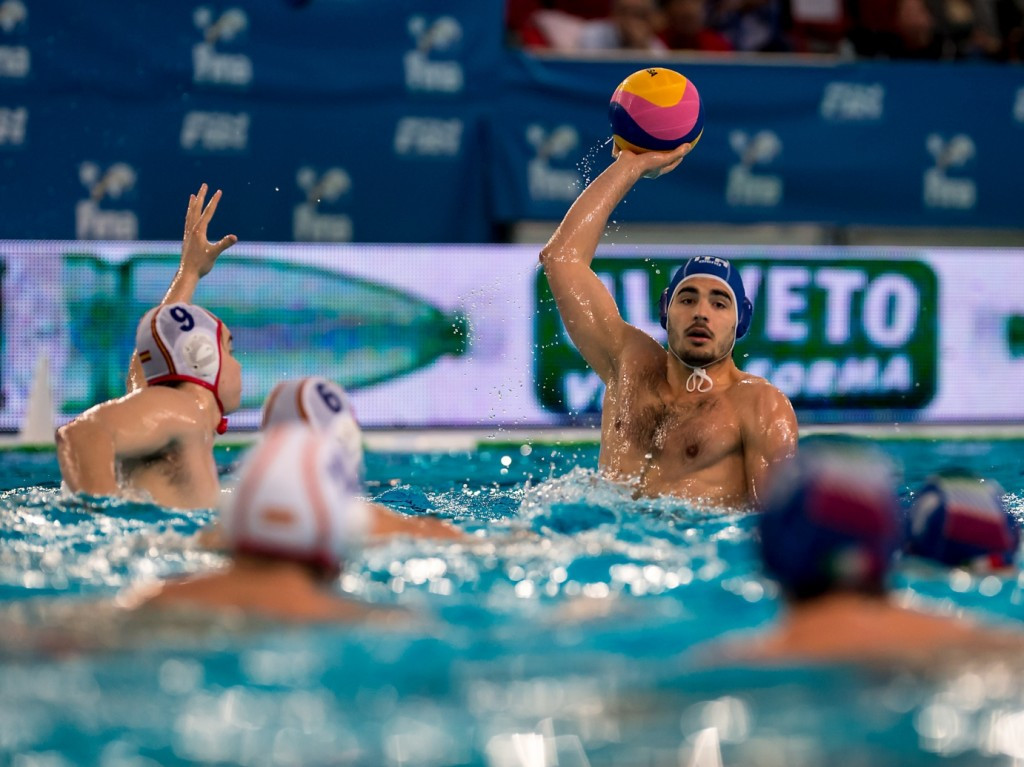 Italy battled to a thrilling 6-5 victory over Spain to join Hungary in the final of the men's Olympic water polo qualifying tournament in Trieste today.

In a thrilling late-night match up between the two southern European rivals, Spain moved 3-2 ahead in a low scoring affair after the third quarter only to be pinned back in a gripping finale.

Italy’s left hander Alessandro Nora required just 26 seconds of the final period to bring the scores level with his second goal of the game.

A minute and half later Pietro Figlioli converted a penalty sending Italy up one goal before Stefano Luongo increased the advantage three minutes later.

But Spain, showing customary fighting spirit of their own, fought back with two goals from left hander Blai Mallarach to make it 5-5 with one minute to go.

With just 42 seconds to the end, Michael Bodegas gained space to superbly score the winning gold and a place in tomorrow's final.

All four semi-finallists have secured a spot at August's Olympic Games in Rio de Janeiro by virtue of reaching the last four stage.

The Netherlands edged-out Germany 8-7 to set up a fifth-placed battle with Canada, who overcame Romania 14-7.

Germany will play Romania for seventh place in the first of the matches tomorrow.