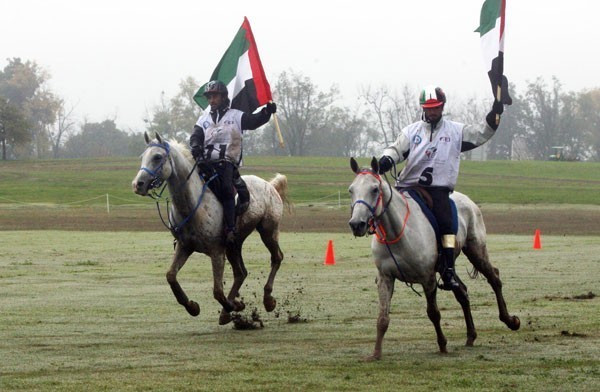 The International Equestrian Federation (FEI) has stripped the United Arab Emirates of the hosting rights for this year's World Endurance Championships due to concerns about horse welfare.

The decision was made at an FEI Bureau meeting and the bidding process has now reopened to find a replacement host.

In March 2015 the Emirates Equestrian Federation (EEF) was suspended by the FEI for "major horse welfare issues" and allegedly faked results in endurance events.

This ban was lifted in July following the signing of a legally binding agreement in which the national body “guaranteed” horse welfare would be “fully respected” with FEI Rules enforced “stringently” at endurance events.

The governing body has noted that there has been "hard work" and "progress" in the Gulf country but has ruled that there is still too much work to be done to ensure horse safety at the World Endurance Championships.

Abdul Aziz Sheikh, the former head of the EEF Endurance Department, was suspended from acting as an FEI Official or having any involvement in FEI activities at a national or international level for 18 months in March.

He was one of three officials sanctioned after "consistently" failing to address FEI rules while five riders were suspended following “gross offences” in February.

Other allegations against the country include "ghost-registered" horses, with results duplicated from earlier events.

This allowed horses to compete at a higher level than their true experience and fitness levels, putting their welfare at risk.

Competition at the Championships was initially scheduled to take place between December 10 and 17 at the Dubai International Equestrian Centre (DEC).

"However, despite the hard work and progress to date, the FEI Bureau is of the opinion that the UAE NF is not currently in a position to guarantee that horse welfare would be fully protected at an FEI World Endurance Championship in the UAE this year.

"As a result, the Bureau decided to remove the FEI World Endurance Championships 2016 from the UAE."

The deadline for bids to replace UAE has been set at May 18, with a new host due to be elected by teleconference on June 14.

The Championships will also be moved to September or October, so the qualifying period will be moved back by two months.

This means results starting from October 2015, instead of December 2015, will count towards qualification.

"There was also unanimous agreement among the Bureau members that rule breaches are absolutely unacceptable and that the FEI must work even more closely with the UAE NF to guarantee the National Federation’s full implementation of FEI Rules and Regulations as well as on the July 2015 agreement which will guarantee the welfare of the horse in National and International events," the FEI statement added.

"Additionally, and until further notice, the FEI will not sanction any events organised by the DEC."