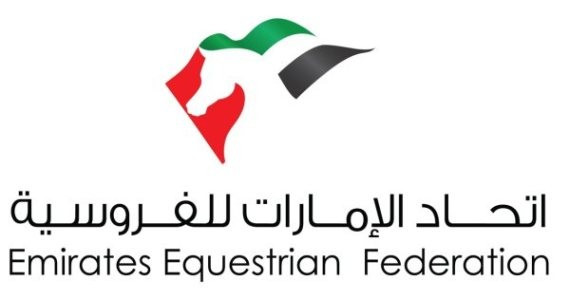 The Emirates Equestrian Federation (EEF) has had its suspension lifted by the sport’s governing body, under an agreement that, in effect, puts the United Arab Emirates body on probation for three years.

The International Equestrian Federation (FEI) said today that its Bureau had “unanimously approved” the EEF’s immediate reinstatement to full membership, following signature of a legally binding agreement in which the national body “guarantees” horse welfare will be “fully respected” with FEI Rules enforced “stringently” at endurance events.

The move removes any immediate question of the UAE being stripped of rights to host the 2016 FEI World Endurance Championships.

However, the FEI remains entitled to impose sanctions in case of non-compliance that could include withdrawal of the championships which are set to take place in Dubai in mid-December 2016.

The UAE was suspended from the FEI in March following an investigation into “major horse welfare issues”.

In a long statement, the FEI listed 14 key terms of the agreement under which the EEF must ensure, inter alia, that protocols are put in place to avoid equine fatalities; applicable rest periods are respected; prohibited substitution of horses is prevented; FEI rules on post mortems are adhered to; and conflicts of interest are avoided.

The EEF will provide monthly written reports during the 2015-16 season on steps taken to ensure ongoing compliance with FEI rules and regulations.

FEI secretary general Sabrina Zeender said the body was “very pleased” that, the UAE had “demonstrated with the signature of this agreement that they are fully committed to ensuring horse welfare and complying with FEI rules at both international and national level in the country”.

She continued: “They are absolutely committed to making this work so that they can return to playing an active and leading role in endurance once again and, to demonstrate that commitment, they have included the UAE’s highest sporting body, the National Olympic Committee, in the agreement.”

EEF secretary general Taleb Dhaher Al Mheiri said the national body was in turn “very pleased” the FEI had agreed to lift the suspension “based on the considerable actions and solutions we have put in place together”.

He went on: “As the governing body of equestrian sports in the UAE we take our responsibility seriously.

“It is our goal to pursue excellence while promoting the growth of the sport and safeguarding the welfare of equine and human athletes.”

The FEI statement said that separately it had commissioned the Equestrian Community Integrity Unit (ECIU) to “conduct an extensive inquiry into allegations of fake events and duplicate results in the UAE.

“These allegations were not taken into account when the FEI Bureau imposed the suspension, and were dealt with independently, but provisions have been included in the agreement to prevent similar occurrences in the future.

“The EEF cooperated fully with the inquiry and the detailed report has now been received by the FEI.

“The report is currently being reviewed by the FEI and a file will be submitted to the FEI Tribunal for further action.

“Sanctions will be taken against any FEI officials found to be involved.

“In addition, the FEI will annul all duplicated results and review any connected results.

“At the same time, the EEF Endurance Committee conducted its own investigation into the allegations and has authorised sanctions on any organisers and EEF staff that are found to be involved.

“The EEF is currently restructuring its organisational policies to ensure that similar events cannot occur again and will put rules in place for all future FEI events under which either the National Federation or the Organising Committee must provide all equipment, including the timing system.”

The EEF has accepted that the FEI “will be entitled to impose sanctions in case of non-compliance with all the terms of the agreement”.

The agreement is to remain in effect for “a three-year period.

“During that time, the FEI and EEF will meet at least once a year for an in-depth review, in addition to the monthly written reports required under the agreement.

“The FEI reserves the right to extend the term of the agreement if appropriate.”