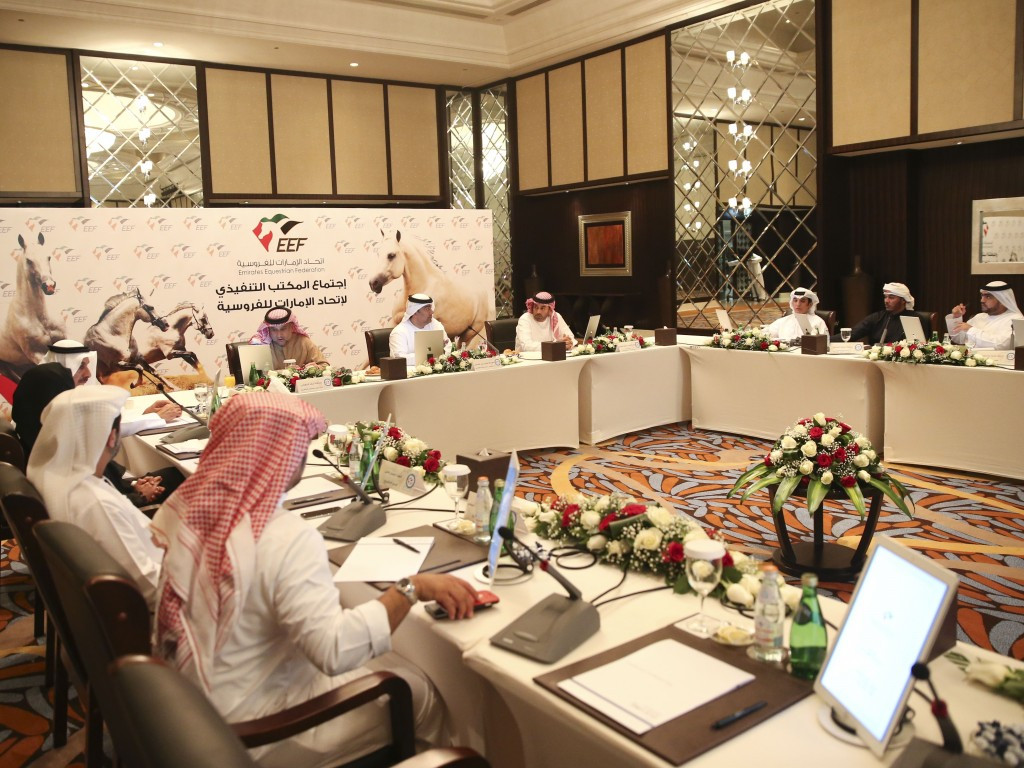 The Emirates Equestrian Federation (EEF) have been given a deadline of February 11 to propose measures to tackle problems with endurance racing in the country after announcing that five riders have been suspended following “gross offences” that took place during a Youth Endurance Ride last month.

EEF chairman Mohammed Al Kamali revealed  that the five trainers overseeing the horses and riders during the course of the competition on January 30 have also been suspended.

The grooms of the horses have, meanwhile, had to forfeit their licences.

All endurance villages, clubs and stables, meanwhile, are now required to registered all service crew associated with the sport.

Each of the registered personnel will be granted permits, which they will have to display during the course of rides in the future.

“The safety of horses and compliance with all rules and regulations is of utmost importance to the integrity of any sport,” said Al Kamali.

“Endurance riding is comparatively new and it is crucial that we maintain its authenticity to ensure a bright and healthy future for the sport.

“The EEF is closely monitoring the situation and we will show a no tolerance policy towards any such breach of the rules and regulations in the future.”

Last March, the EEF were suspended by the by the International Equestrian Federation (FEI) following an investigation into “major horse welfare issues” during races in country.

The suspension was lifted in July after the EEF signed a legally binding agreement in which the national body “guarantees” horse welfare will be “fully respected” with FEI Rules enforced “stringently” at endurance events.

The move saw the UAE avoid potentially being stripped of rights to host the 2016 FEI World Endurance Championships in Dubai in December, although the FEI could to impose sanctions in case of non-compliance.

Al Kamali revealed all endurance races will be suspended in the country until at least February 11 following the offences as they attempt to restructure the sport within the United Arab Emirates.

“We need to make our stance clear about rules and regulations that have been put in place to run this sport,” he said.

“The ultimate objective is to protect the sport of endurance riding, and one of the ways to do so is to ensure that all rules and regulations are compiled by one and all who practice the sport or are associated with it.”

A spokesperson for the FEI confirmed that they had set EFF a deadline of February 11 to provide them with an agreement on proposed measures to tackle the issues in endurance racing in the country.

“The fact that the EEF has suspended a number of events and now taken action against the riders, trainers, grooms and stables involved in the incidents at Al Wathba on 30 January clearly demonstrates that they are aware there are problems and that they have to be urgently addressed,” the spokesperson said.

“No further events will be held in the region until agreement on these measures has been reached.”