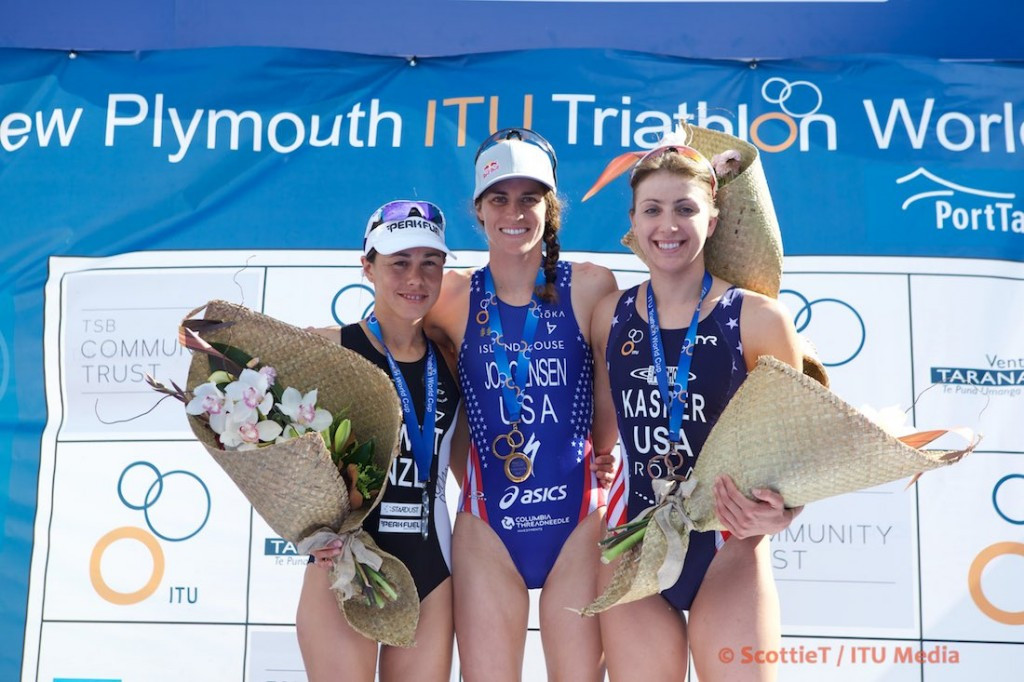 Jorgensen, United States' two-time world champion, who has proved virtually unbeatable on the circuit in recent months, opened her season in fine style in the sprint format.

In perfect conditions, the 29-year-old was in a group that broke away during the 750 metres swim before continuing to pull clear in the cycling section.

She then used her trademark finishing burst in the concluding five kilometres run to win in 58min 51sec.

“I have been in New Plymouth for a couple weeks now because my coach is originally from here and it has been great, the community has been so welcoming," Jorgensen said.

"I have loved being here.

“I came here, there was a lot of good and tough athletes, a lot of fast swimmers so it was a good test.

"We were really pushing it on the swim, the bike and the run, so it was a really hard race."

New Plymouth has proved a happy hunting ground for Murray, winning the men's race for a second successive year.

Competing in the absence of many of his biggest rivals, including Spanish world champion Javier Gómez, the Commonwealth Games bronze medallist was forced to come from behind in the run after Denmark's Andreas Schilling and American Ben Kanute broke clear on the bike.

He eventually overtook his rivals to win in 53:08, 20 seconds clear of Schilling.

Attention will now turn to the second World Triathlon Series event of the season in the Gold Coast this weekend.