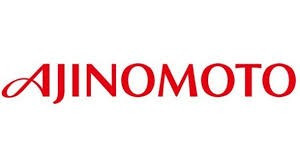 Japanese food and chemical corporation Ajinomoto have become an official partner of the Tokyo 2020 Olympic and Paralympic Games after a sponsorship agreement was signed today.

Ajinomoto, founded in 1917 and which has its headquarters in the Japanese capital, has been attributed to the “Cooking Condiments, Dehydrated Soup, Amino Acid Based Granules and Prepared Frozen Foods” category.

They are the 29th company to sign on as a domestic partner, the second tier of sponsors, of the Olympics and Paralympics in four years’ time.

“Through various types of high-quality food products in the category of Cooking Condiments, Dehydrated Soup, Amino Acid Based Granules and Prepared Frozen Foods, Ajinomoto Co. makes a significant contribution to popularising sport and supporting athletes’ activities, and I am delighted to welcome the company as a Tokyo 2020 Official Partner,” Tokyo 2020 President Yoshirō Mori said.

Ajinomoto was appointed as a gold partner of the Japanese Olympic Committee in 2009 and then signed an agreement with the Japanese Para-Sport Association last year to provide support to athletes.

The company will also help preparations for the Japanese teams competing at this summer’s Olympic Games in Rio de Janeiro by providing 300,000 units of amino acid based granule products to strengthen their conditioning.

“Based on a wealth of expertise built up over more than a century in the category of food products including Cooking Condiments, Dehydrated Soup, Amino Acid Based Granules and Prepared Frozen Foods and in line with our corporate slogan 'Eat Well, Live Well' Ajinomoto Co. would like to support the Japanese national Olympic and Paralympic teams at the Rio 2016, Pyeongchang 2018 and Tokyo 2020 Games, and contribute to the successful delivery of the Tokyo 2020 Olympic and Paralympic Games within the scope of its official contract category,” Ajinomoto President and Chief executive Takaaki Nishii said.

The highest tier of domestic sponsors in Japan are the Gold Partners, which so far include companies including Canon, Asahi, NEC and Fujitsu.

A third tier of Official Supporters is also in operation.

Domestic partners are seen as key to the effective running of both Games, with the companies involved awarded the rights to use Olympic and Paralympic designations and imagery including emblems, mascots and slogans.