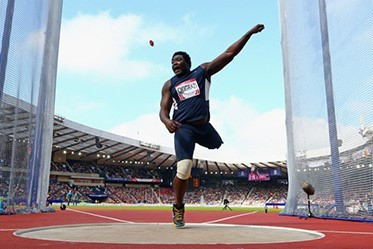 The Para-sport programme at Gold Coast 2018 is set to be the most extensive in Commonwealth Games history after organisers today revealed 38 medal competitions will take place in seven sports at the event in two years’ time.

Around 300 Para-athletes will compete at the Games, due to be held from April 4 to 15, a 45 per cent rise compared with the previous edition of the event at Glasgow 2014.

Para-triathlon will make its Commonwealth Games debut on the Gold Coast.

Athletics will include the T54 marathon for the first time.

Swimming, lawn bowls, powerlifting, track cycling and table tennis will also be on the programme.

There will be an equal number of men’s and women’s Para-sport events, according to Queensland's Commonwealth Games Minister Stirling Hinchcliffe.

The announcement coincides with Commonwealth Day, which this year has a theme of “An Inclusive Commonwealth”.

A special event to mark the news is due to be held in Brisbane later today.

It will be attended by Hinchcliffe along with several of Australia's top athletes, including five-times Paralympic gold medallist Evan O’Hanlon.

The decision to integrate further Para-sport events onto the programme at Gold Coast 2018 is the result of discussions between Gold Coast 2018  and the Commonwealth Games Federation (CGF), led by Scotland’s Louise Martin.

“With the largest-ever number of Para-sport events in Commonwealth sporting history, we are thrilled that Gold Coast 2018 will deliver an ambitious and welcome growth for the inclusive and integrated Para-sport competition first presented at a Commonwealth Games in Manchester 2002,” the CGF President said.

“Today’s announcement to celebrate ‘An Inclusive Commonwealth’ ensures that the next edition of the Games will enable sports fans in Australia and across the world to support a record-breaking number of Para-athletes at a Commonwealth Games.”

The International Paralympic Committee (IPC) were also involved in the discussions to enhance the amount of events at Gold Coast 2018.

He added: “At Glasgow 2014 the Para-sport events were extremely popular and I am sure the Australian crowds will turn out in force to see some of the best athletes in the world line-up across seven sports.

“It is fantastic news for all Commonwealth Para-athletes that Gold Coast 2018 will stage the biggest Para-sport programme to date at a Commonwealth Games.”

Member associations will be subsidised to allow them to send large delegations of Para-sport athletes, it has also been confirmed.

It is part of the Transformation 2022, the CGF’s new strategic plan.

Para-events were held in athletics, swimming, powerlifting, lawn bowls and track cycling at Glasgow 2014, where a total of 22 medals were on offer.