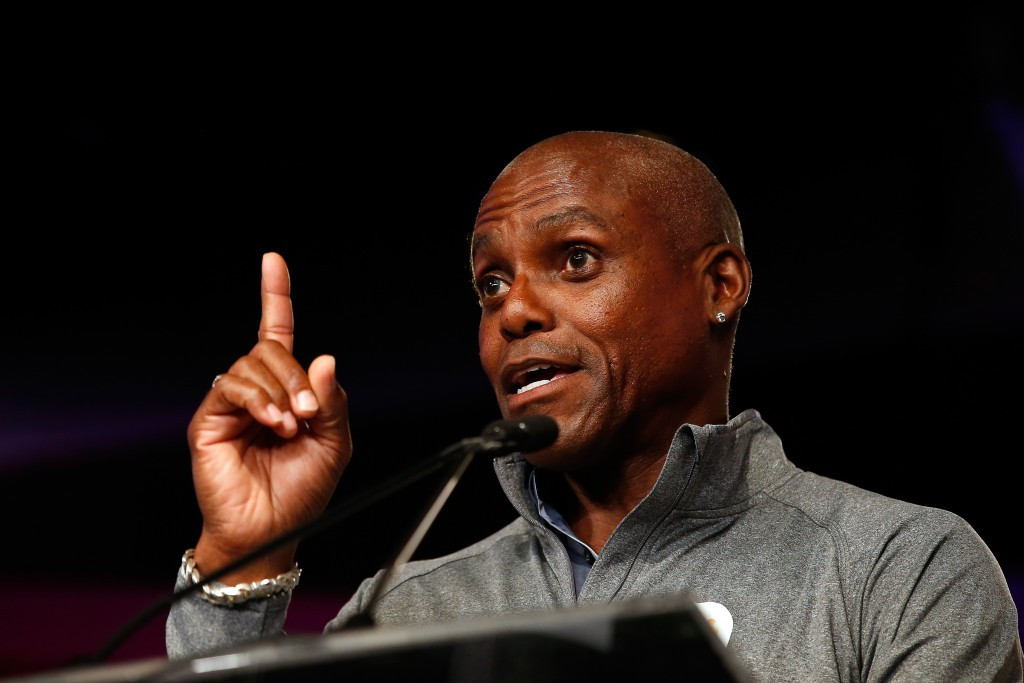 Carl Lewis has claimed Sebastian Coe should step aside temporarily as President of the International Association of Athletics Federations (IAAF) in order to let an independent organisation clean up the "hot mess".

It follows the arrest of Coe's predecessor Lamine Diack last year as part of a French police investigation into allegations he headed a cabal of IAAF officials who accepted bribes in return for the covering up of Russian doping tests.

Coe is not implicated, although he has faced scrutiny because he was an IAAF vice-president at the time this was going on.

"I think Seb Coe is smart enough, he's a great guy who can do this," nine-time Olympic gold medallist Lewis told Associated Press after being unveiled here as a member of the Los Angeles 2024 Athlete Advisory Committee

"If he was willing to step aside and let someone independent come in and really clean this up, he'd be the perfect guy to come back in and run it."

Lewis, who competed at the same time as Coe, had backed the Briton to become President in 2011, telling insidethegames that he would be "tremendous" in the main role and would "really help clear things up".

Lewis admitted in 2003 that he had failed three tests for a stimulant at the 1988 United States Olympic trials.

He claimed, however, he was one of "hundreds" of American athletes allowed to escape bans at the time by the United States Olympic Committee.

Lewis, though, has been a long-time critic of the IAAF, claiming they have not done enough to tackle the issue of doping in the sport.

"It's not rocket science," he said.

"A lot of the countries that had issues.

"Diack ran to defend them immediately, and now we find out he's taking bribes."

Coe has received support from several senior figures, including Richard Pound, the Canadian who headed the World Anti-Doping Agency Independent Commission which uncovered serious failures of governance within the IAAF.

Pound warned that the corruption within the body "cannot be ignored or dismissed as attributable to the odd renegade acting on his own".

He still insisted, thought, that Coe remain the right man for the job and that he "cannot think of anyone better" to take the organisation forward.

Coe was also unanimously supported by the IAAF's six Area Associations following a meeting of the respective Presidents at Cap d'Ail in France last month.