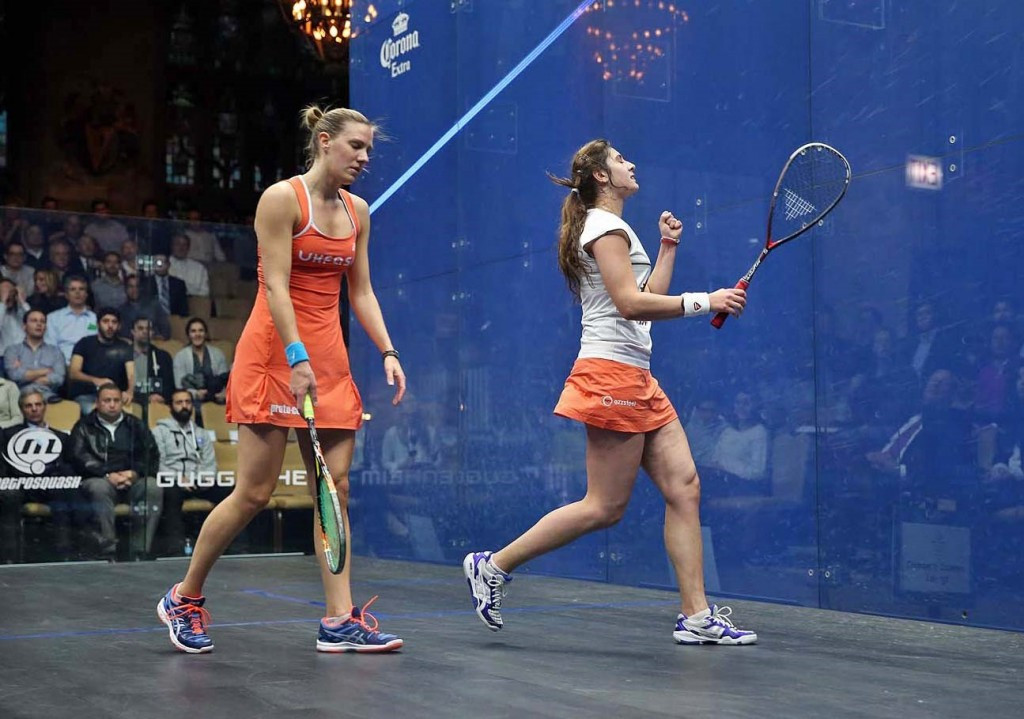 Egypt’s Nour El Sherbini booked her place in the women’s final of the Professional Squash Association (PSA) Windy City Open at the University of Chicago today after producing a masterclass to beat pre-tournament favourite and world number one Laura Massaro of England.

Following on from her impressive 3-0 win over Malaysia’s Nicol David yesterday, El Sherbini played with an unrestricted attacking flair throughout the match and underlined her position as a genuine top-class contender.

"I have been struggling with a flu so I really did not expect to reach the final but I think I played perfect today," said the 20-year-old, who in January claimed the first major PSA World Series title of her career when she won the J.P. Morgan Tournament of Champions in New York City.

"Because I was struggling with my breathing I was going for every shot and thankfully they were going in.

"Normally when I play Laura it is a tough five-game match so to win 3-0 is an achievement that I’m definitely proud of."

After stuttering through the early rounds of the tournament, El Welily put in a highly polished and focused performance to overcome France's Camille Serme 11-9, 13-11, 11-8.

In the men's draw, defending champion Nick Matthew and world number one Mohamed Elshorbagy will lock horns for championship bragging rights - as they did 12 months ago - after both safely came through their semi-final encounters.

Egypt’s Elshorbagy overcame Colombian Miguel Angel Rodriguez, the man who knocked out his younger brother Marwan in the quarter-finals, 11-5, 12-10, 11-7.

"Miguel has been playing very well in this tournament and especially against my brother yesterday but I have raised my game match after match and played some of my best to beat him today," said Elshorbagy.

"He was playing strong at the end of the second and third as well so I’m happy to have gone through in three games and be back in the final.

"I’ve never won this tournament so it would be nice to get my name on that trophy and I can’t wait to come back and play on this stage tomorrow."

He will now look to avenge his loss against Elshorbagy in the final of this year’s Tournament of Champions.