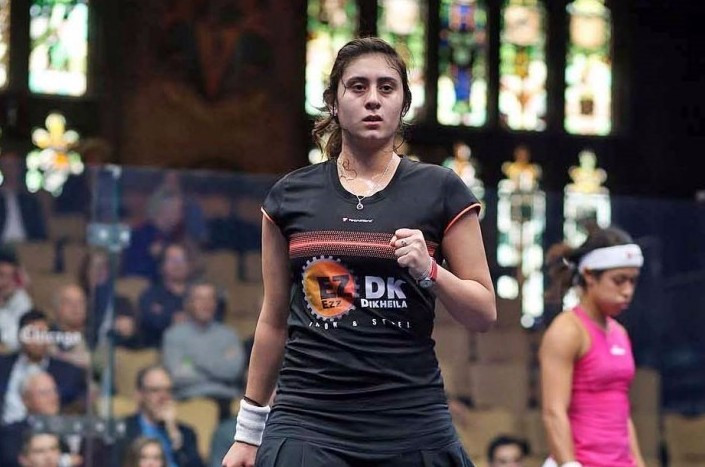 Malaysia's former world number one Nicol David crashed out of the Professional Squash Association (PSA) Windy City Open at the University of Chicago today after suffering a straight-games quarter-final defeat at the hands of Egypt’s Nour El Sherbini.

El Sherbini, who beat Malaysia's David by the same scoreline en route to winning her maiden PSA World Series title at last month’s J.P. Morgan Tournament of Champions in New York City, played with pinpoint aggression and confidence from the very first serve to nullify her 32-year-old opponent’s strengths across the court and win 11-9, 12-10, 11-9.

The victory by the 20-year-old sets up a mouthwatering semi-final encounter with England's world number one Laura Massaro, who sent out a signal of intent with an emphatic 11-7, 11-7, 11-9 success against another Egyptian, Omneya Abdel Kawy, in just 29 minutes.

"But today I wasn’t overthinking things on court - I was just going for my shots.

"Once I had an opportunity to attack I just went for it but all three games could have gone either way - thankfully in the end they all went for me."

On the other side of the draw, defending champion Raneem El Welily came through against fellow Egyptian and world junior champion Nouran Gohar, triumphing 11-8, 11-8, 11-9.

All hopes of home success were dashed though as American world number seven Amanda Sobhy lost out to France’s Camille Serme in a thrilling five-game encounter that the world number five took 6-11, 11-4, 5-11, 12-10, 11-9.

In the men’s draw, defending champion Nick Matthew of England and 2015 runner-up Mohamed Elshorbagy of Egypt took a step towards a championship re-match with victories over Egypt’s Tarek Momen and Germany’s Simon Rösner respectively.

The world number one will play Colombia’s Miguel Angel Rodriguez in the last four after he defeated Elshorbagy’s younger brother Marwan, 11-9, 11-5, 11-8.