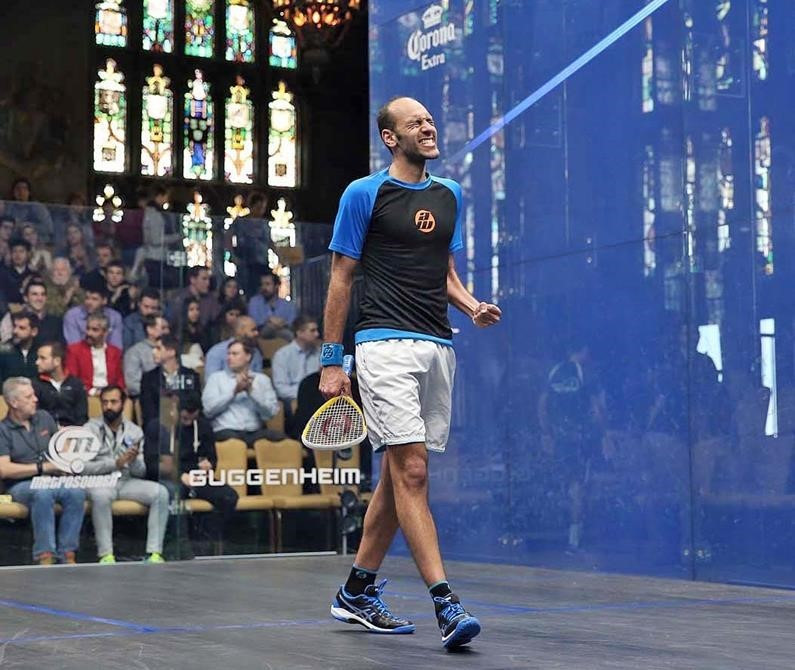 Marwan Elshorbagy came through a gruelling five-game match against fellow Egyptian Karim Abdel Gawad to book his place in the quarter-finals of the Professional Squash Association (PSA) Windy City Open at the University Club of Chicago.

Gawad, however, rallied to win the third game 11-4 and maintained the momentum throughout the duration of the fourth to level the scores and force a decider.

Having dragged his way back into the contest, Gawad was expected to go on to secure the victory.

Elshorbagy, though, regained his composure and claimed the final game 11-6.

“Karim and I know each other’s game very well so we knew what to expect from each other today,” said Elshorbagy.

“I think I managed to play better in the first two games and he was the better player in the second two.

“I know how good he is at winning five-game matches so I just told myself to keep hitting and running and giving it my all and I’m very happy to win especially because this is a big tournament for me.”

The result keeps Elshorbagy’s hopes of reaching the semi-finals for the second successive year alive, where he could meet his brother Mohamed.

Mohamed Elshorbagy enjoyed far easier progression to the last eight of the tournament as he cruised past his compatriot Mohamed Abouelghar 11-9, 11-6, 18-16.

The final set of second round competitions are scheduled to take place tomorrow.

In the women’s event, world number one Laura Massaro brushed aside the challenge of fellow Englishwoman Victoria Lust 11-5, 11-2, 11-9.

Lust was one of three English players to see their runs ended, as Sarah-Jane Perry lost 11-6, 11-9, 11-5 to world number three Nicol David of Malaysia.