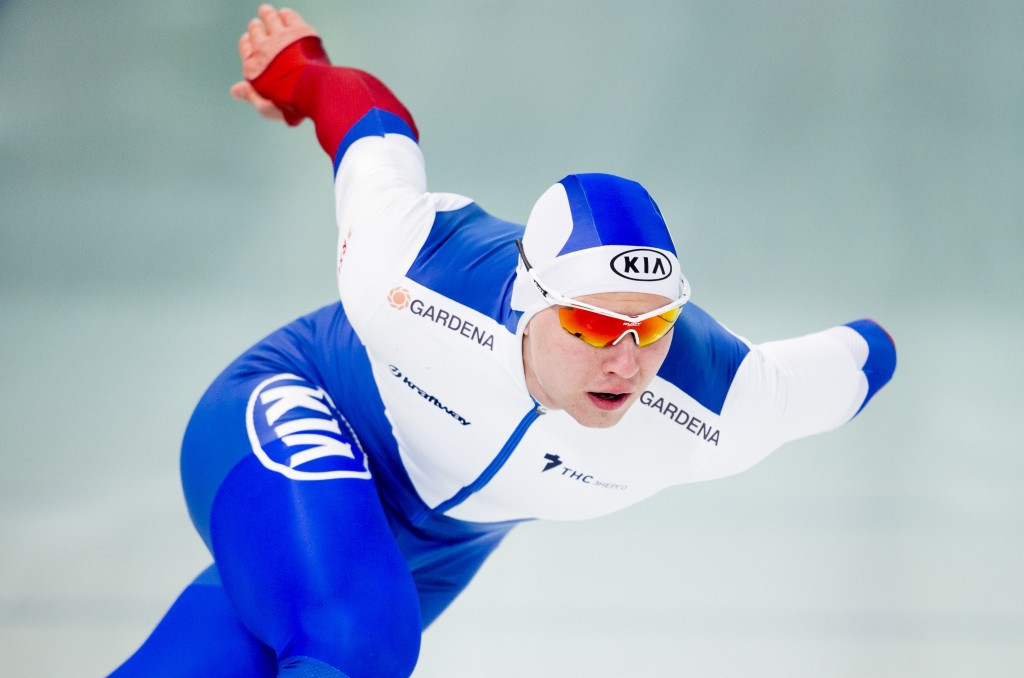 Russia's Pavel Kulizhnikov and American Brittany Bowe will both be looking to defend their titles at the International Skating Union (ISU) World Sprint Championships in Seoul, which begin tomorrow.

The two-day event, which gives skaters a taste of a major competition in South Korea two years before the 2018 Winter Olympics in Pyeongchang, sees 500 metre and 1,000m races contested on each day, with times then converted to points.

Kulizhnikov, who this month became the first man to win the 500m and 1,000m titles at the same World Single Distances Championships, will be heavy favourite for success after his victory last year in Astana.

His main challengers are set to be compatriots Ruslan Murashov and Aleksey Yesin, the former clocking the same time as 21-year-old Kulizhnikov in the first 500m on his way to silver at the World Single Distances Championships on their home rink in Kolomna.

Canada's Alex Boisvert-Lacroix, a bronze medallist at the World Single Distances Championships, will also be a strong challenger while South Korean hopes will rest with Tae-Yun Kim.

The 28-year-old Bowe won all four races during her victory in Astana and looks in good shape to defend her title after winning four 1,000m races in the World Cup this season.

She will face a stern test, however, from compatriot Heather Richardson-Bergsma, the champion from Salt Lake City in 2013, and double Olympic gold medallist Jorien ter Mors of The Netherlands.

The United States lead the all-time medal table with 20 going into the 47th edition of the event with Russia in second place on 15.