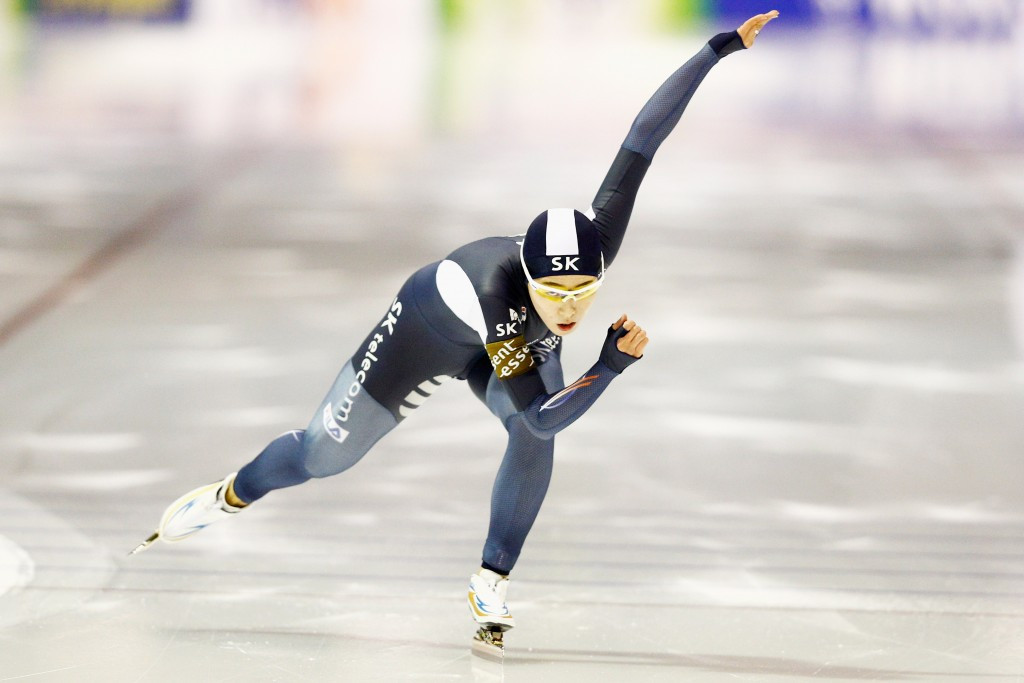 The Olympic champion had earned the crown in both 2012 and 2013 but had seen the United States Heather Richardson claim the title in Heerenveen last year.

A time of 37.42sec was enough for Lee to win the opening 500m race of the day and put her in pole position to regain her title.

China’s Hong Zhang and defending champion Richardson were narrowly adrift of her time, clocking 37.78 and 37.81 respectively.

Lee dominated the final 500m race, crossing the line in 37.43 to seal the title.

The result means only Jenny Wolf has claimed more world titles in the event, the German having won four gold medals from 2007 to 2011.

America’s Brittany Bowe finished second in a time of 37.74, moving up the standings to take the silver medal for the second straight yea.

A time of 37.90 helped Zhang to clinch the bronze medal.

Russia’s Pavel Kulizhnikov upgraded on his silver medal form the 2015 edition of the event in the men’s 1,000m.

Kjeld Nuis prevented a Russian clean sweep as the Dutchman completed the distance in 1:08.47 to win bronze, leaving Aleksey Yesin to miss out on a podium finish with 1:08.81.

The Netherlands’ Sven Kramer continued his stunning run of wins in the 5,000m event as the Sochi 2014 Olympic champion won his seventh title in eight years.

He recorded 6:10.31 to seal the win, with compatriot Jorrit Bergsma forced to settle for the silver medal for the third consecutive Championship, ending 0.35 adrift.

The Netherlands’ also celebrated a narrow success in the women’s team pursuit after beating Japan by just 0.19, finishing in 2:58.12.

Russia earned the bronze medal, beating Germany in a time of 3:02.61.

The Championships are due draw a close tomorrow with the men’s 500m and women’s 1,500m races, as well as the mass start competitions.