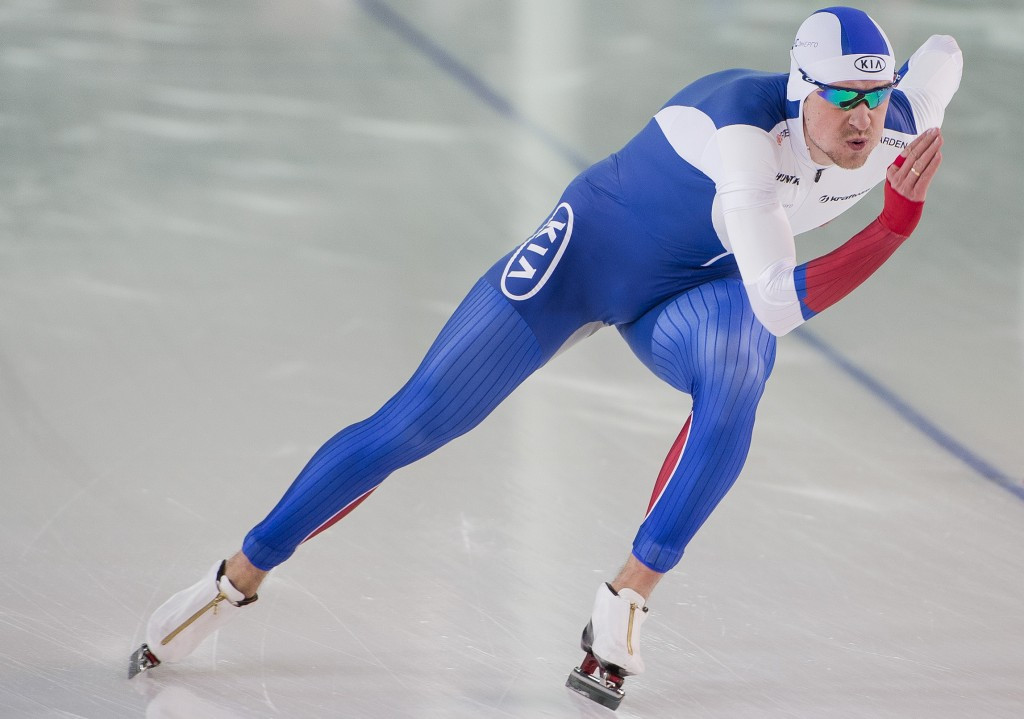 Yuskov, who also won his first title on home ice in Sochi in 2013 before a successful defence two years later in Heerenveen, was skating in the final pair against Dutch rival Thomas Krol.

Krol daringly opened faster than the favourite before being gradually pulled back.

The Russian eventually won in 1:44.13 to win ahead of another Dutch skater in Kjeld Nuis, who had managed 1:45.66 in the penultimate heat.

Despite fading, his team-mate Krol hung on for bronze and a first World Championship medal in 1:45.75.

“Last week was difficult, because the media wanted to talk to me a lot," said the winner afterwards.

"I felt the pressure after my good results this season.

"But the crowd was fantastic today.

"They really helped me and carried me to the finish line.”

American Shani Davis, who came fifth this time around, is the only other man to have claimed three world titles, having done so in 2004, 2007 and 2009.

There was more US disappointment in the women's 1000m after Jorien ter Mors continued the form she showed at last month's World Cup in Stavenger by winning in 1:14.73 ahead of US duo Heather Richardson-Bergsma and Brittany Bowe.

Czech Republic's Martina Sáblíková continued her superb form to claim the 3000m after breaking her own track record with a time of 6:51.09.

It marked a 10th world title for the 28-year-old three-time Olympic champion.

It marked The Netherlands' eighth title in the event in the nine editions in which it has been held, with a 2011 bronze behind United States and Canada the only blemish on a near-perfect record.