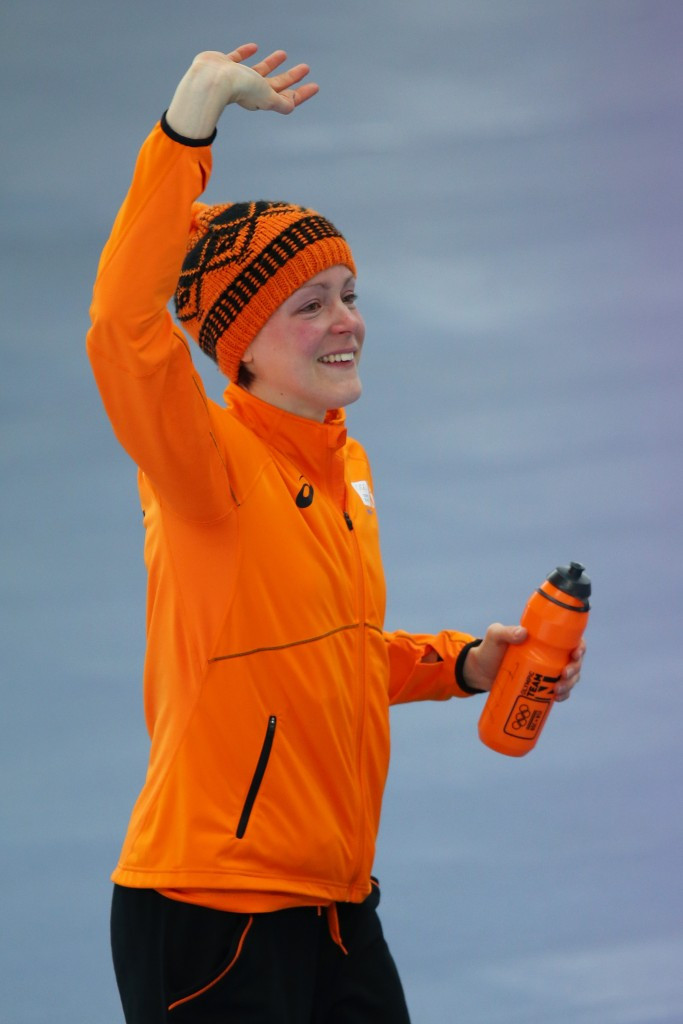 Ter Mors, who began life as a short track speed skater and won two long track gold medals at the Sochi 2014 Olympics, including the 1,500m, made her mark in the first pairing as she left Canada's Josie Spence almost ten seconds behind.

"The first full lap was quite slow and I told myself to shift gear," she said.

"I managed to step up and that was my biggest gain.”

Richardson-Bergsma and Bowe faced each other in the final pairing and both led the Dutch skater heading into the final lap, before tiring and having to settle for the minor medals.

Russia's Pavel Kulizhnikov also made it two titles in front of his home fans as the 1,000m champion took 500m glory.

After the first runs he found himself behind compatriot Ruslan Murashov by five thousandths of a second but he edged back in front after run two - claiming an overall winning time of 69.026.

Murashov, who was timed at 69.680, had to settle for silver with Canada's Alex Boisvert-Lacroix doing enough for bronze with 69.788.

In the men's mass start, 2010 Olympic 10,000m champion Seung-Hoon Lee claimed the title to become the first Korean skater, male or female, to win a world title in an event that is not the 500m.

The women's mass start concluded the Championships, with gold going to Ivanie Blondin of Canada after she managed 8:17.53.

South Korea were on the podium again as Bo-Reum Kim stopped the clocks at 8:17.66 with the bronze going to Miho Takagi of Japan who was only slightly behind on 8:17.68