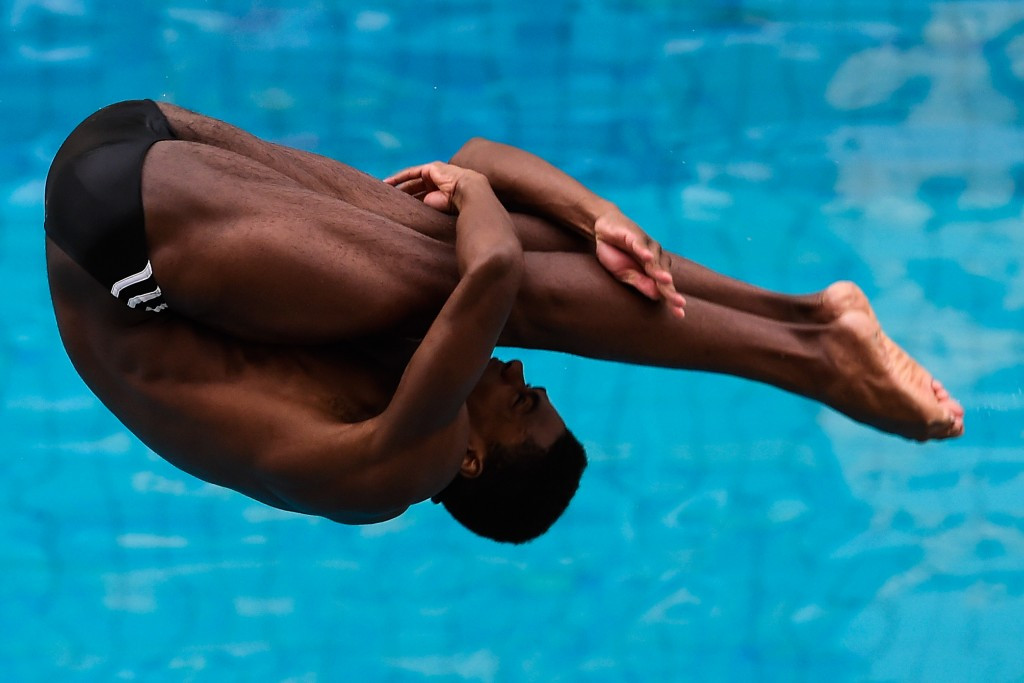 The 20-year-old produced a personal best performance at the Maria Lenk Aquatics Stadium, with his top dive scoring 83.30 on the way to a total of 459.25 points.

It was not enough to claim the gold medal with Mexico’s Rommel Pacheco, competing under the FINA flag due to his country’s suspension, earning the title after ending the competition on a score of 504.40.

“I’ve got my spot and these will be my first Olympic Games," he said.

“I’ll be the first ever male diver from Jamaica, there was a female diver in 1972, a long time ago.

“As my father is Jamaican and my mother is Barbadian, my option was to choose between one of those two.

“After making sure that I wouldn’t upset either side of the family, I choose Jamaica and I’ve been representing the country since 2012.”

The United States’ Kristian Ipsen secured a podium place after scoring 457.60 for the bronze medal, with the result easily claiming a quota place for Rio 2016.

One of the biggest surprises in the competition, which is serving as a Rio 2016 test event, was Chinese world champion He Chao finishing  in sixth position on 428.50 at the open air venue.

Oliver Dingley earned Ireland’s first diving berth at the Olympics since Eddie Heron competed in London at 1948 after he finished in 11th place at the event.

Dingley won a bronze medal when he competed for England at the 2014 Commonwealth Games before deciding to represent Ireland the following year.

In the women’s 3m springboard competition, Italy’s Tania Cagnotto topped the standings at the end of the preliminary round of the competition by scoring 348.65.

China’s Shi Tingmao, the reigning world champion, qualified for the semi-finals in second position on a tally of 344.

The action is due to continue tomorrow with the conclusion of the event, as well as the opening round of the men’s 10m platform.