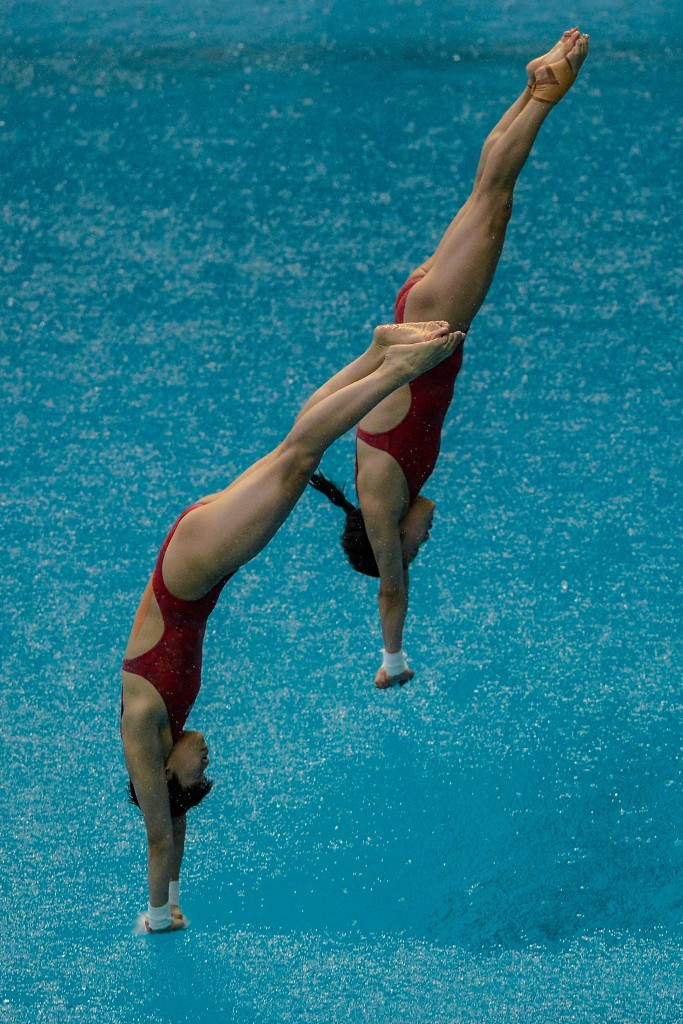 Having claimed the world title at the 2015 Aquatics World Championships, the Chinese pairing had already booked their place at the Rio 2016 Olympics prior to the test event at the outdoor Maria Lenk Aquatic Stadium.

Tingmao and Minxia were able to send a message to their rivals that they will be ones to beat at the Games after an excellent display.

The duo moved to the top of the standings after two dives of the competition and then refused to give up their advantage, performing three excellent final routines.

Their final dive scored a competition high 80.10 points, which took them to a winning tally of 339.60.

Canada’s Jennifer Abel and Pamela Ware were able to claim the silver medal by scoring 312.27, with a repeat of the World Championship podium completed by Australia’s Samantha Mills and Esther Qin, who finished on 307.50.

As each of the medal winners had already claimed Olympic berths for their country, to join hosts Brazil at Rio 2016, quota spots were then taken by the next four countries.

The Italian pairing of Tania Cagnotto and Francesca Dallape, who had led after the first dive of the competition, were able to book their places after ending just outside the podium spots having secured a total of 303.99.

Malaysia’s Jun Hoong Cheong and Nur Dhabitah Sabri secured a fifth place finish on 301.50, while a score of 299.28 was enough for Britain’s Alicia Blagg and Rebecca Gallantree to earn a quota place, despite a poor final dive.

The final place was secured by Germany’s Tina Punzel and Nora Subschinski as they finished 3.24 points clear of the United States’ Laura Ryan and Abigail Johnston on 294.90.

After earning a Rio 2016 berth in the men’s synchronised springboard yesterday with Stephan Feck, Germany’s Patrick Hausding is looking to seal a spot in the 10m platform competition at the Games with Sascha Klein.

The pairing finished top of the preliminary stage of the event by scoring 433,50 and will be among the favourites to seal one of the four remaining places when the final is held tomorrow.

Malaysia’s Pandelela Rinong Pamg qualified for the women’s 10m platform final in first position, in the first individual final of the Rio 2016 test event, which will draw to a close on February 24.