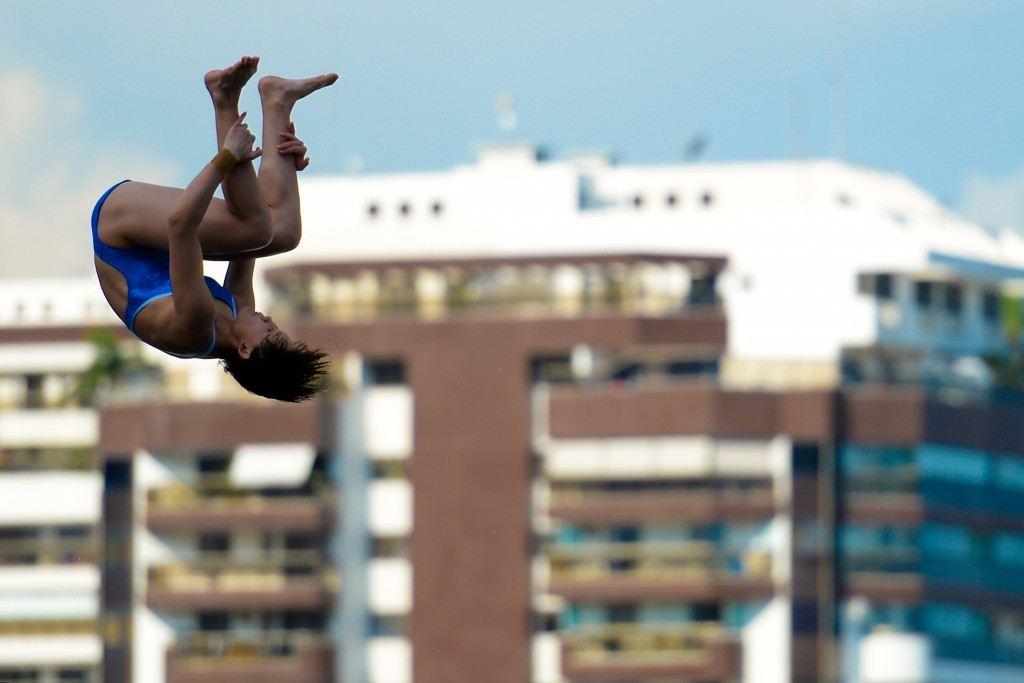 Qian, the World Championships silver medallist, dominated the event, which is serving as a tester for the Olympics in Rio in August.

She claimed a perfect ten points with her final dive at the Maria Lenk Aquatics Stadium,  executing perfectly a back two and a half somersault and a half twist to finish with 454.6 points and the gold medal.

"I only did my best and what I do in my training," she said.

"I’m not feeling pressure because of the Olympics because we will have other competitions until then, so I think that it’s necessary to think of a competition at a time."

All three divers had already claimed their Rio spots, with a number of competitors doing enough with their ranking to book berths for their country.

Samantha Bromberg of the United States earned her country a place by coming 12th.

The gold medallists from Beijing 2008 had to battle weather conditions at the open air venue, which saw rain and lightning postpone competition for 40 minutes.

The podium was completed by Germany with Patrick Hausding and Sacha Klein scoring 448.44, and Great Britain who registered 446, 40 thanks to Tom Daley and Daniel Goodfellow.