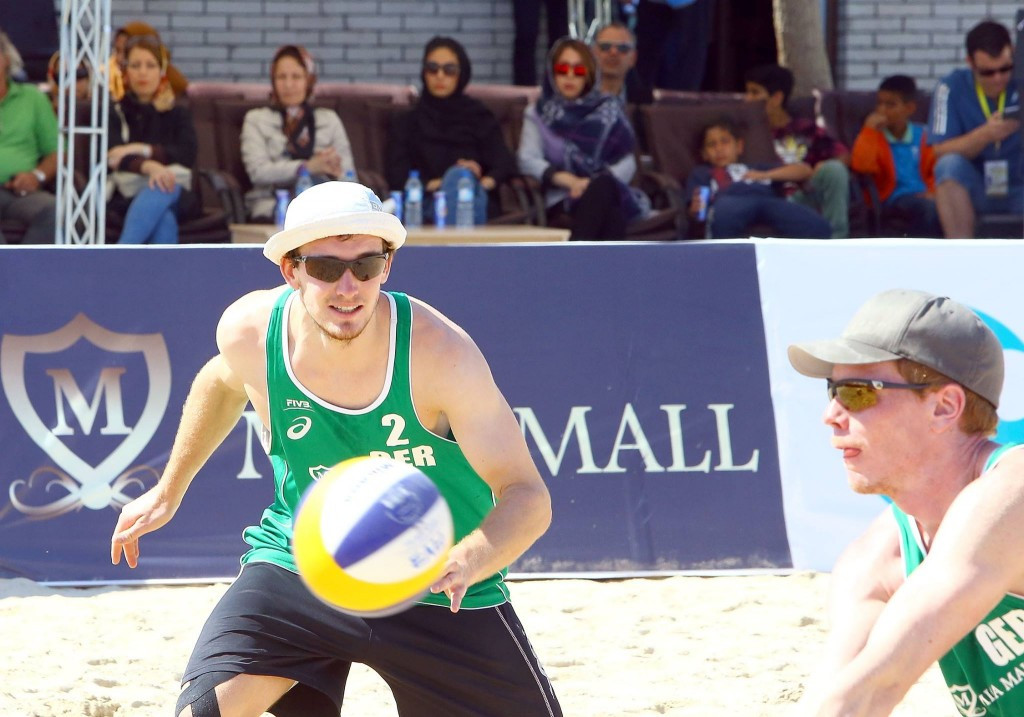 Kish Island will "probably" host another International Volleyball Federation (FIVB) Beach World Tour event in 2017, despite criticism from Human Rights Watch (HRW) over this year's event, which they described as a "dismal failure".

HRW told insidethegames yesterday that the men-only competition had put women in danger after several were reportedly refused entry to the event.

Other women were allowed into the stadium in the Persian Gulf resort island, although it is claimed they were specially selected individuals and not general members of the public.

A “citizen journalist” for IranWire, writing under the pseudonym Pedram Ghaemi to protect his identity, claimed that Alireza Izadbakhsh, head of security on Kish Island, was in charge of selecting a group of around 15 female spectators.

They included the wives and the daughters of Kish Free Trade Zone officials, it is alleged.

This is denied by the FIVB, who claim to be seeking to avoid an "exchange of counter-allegations" but insist that "genuine female volleyball fans" were in attendance.

They are now due to carry out a complete debrief of all procedures in operation during the tournament.

"The FIVB is greatly encouraged by the progress made at the Kish Island Open as women were allowed to attend and watch a men’s volleyball event for the first time in recent history,"  they told insidethegames today.

"However, there were some issues on day two of the tournament and the FIVB notes the Human Rights Watch comment that 'activists' did try to enter the venue.

"But the FIVB were able to work with all the relevant authorities to resolve these issues and genuine female volleyball fans were free to enter the venue for the remaining three days.

"The FIVB is determined to build on the positive progress of this tournament and will work with the Iranian authorities and all NGO's (Non-Governmental Organisations) that share the FIVB's values of inclusivity and gender equality, to ensure that any volleyball activity in Iran can be enjoyed by all family members across Iran's rich and diverse society."

The FIVB have angered human rights groups, however, by claiming those turned away on the second day were "politically motivated".

While some may have been activists, they were dressed conservatively, accompanied by family members and carrying no politically subversive flags or banners, HRW director of global initiatives Minky Worden claimed.

She added that them being activists does not mean they should have been denied entry.

"If even one woman was excluded after the FIVB promise, then that is a violation of the Olympic Charter and the FIVB's own constitution," she told insidethegames.

It's all over in Kish Island, with the medal ceremony over. The crowd capture a piece of history #FIVBWorldTourhttps://t.co/bHQXM7kUIR— Beach Volleyball (@FIVBWorldTour) February 19, 2016

Another difference of opinion related to who exactly stopped the women attending.

The FIVB claimed they were local police.

Others, however, reported it was the feared Revolutionary Guard state security forces.

A 27-year long rule banning women from attending football matches in the Islamic country was controversially extended to volleyball in 2012.

Ghavami, arrested for "propaganda against the regime" after attending an FIVB World League match in capital Tehran, spent 151 days in Evin prison before she was released and charges eventually dropped.

The FIVB were initially criticised for a lack of action but vowed to work with Iranian authorities and promised not to allocate any more events to the country until the ban was lifted.

Both the World Tour events and indoor World League matches scheduled for later this year were awarded in apparent violation of this decision.

FIVB general director Fabio Azevedo, the official directly responsible for negotiating with the Iranians, told insidethegames in October they were prioritising a carrot rather than a stick approach to apply pressure to the Iranians to change their approach, a method they still believe will prove successful before the Olympic Games in Rio de Janeiro in August.

This approach was lambasted by HRW but has been defended by FIVB secretary general Fernando Lima, who claims the tournament marked "progress towards a goal of being completely inclusive".

"We were making a stand by hosting the event, and letting people be there," the Brazilian told the BBC World Service today.

"We don’t believe in killing the process and we don’t want to isolate a country.

"We believe change will come if we give people an opportunity to express themselves."

The FIVB World Tour event is likely to return next year, Lima added, although they will be expecting more spectators to attend.

"As an initial step, I think they [the organisers] are probably going to get an approval from us, to keep the event in Kish Island," he said.

"What we would like to see next year is no 'misunderstandings' and maybe more people attending the event.

"This has not been a success in terms of the public attending, although it's the first time a beach volleyball event has taken place here."