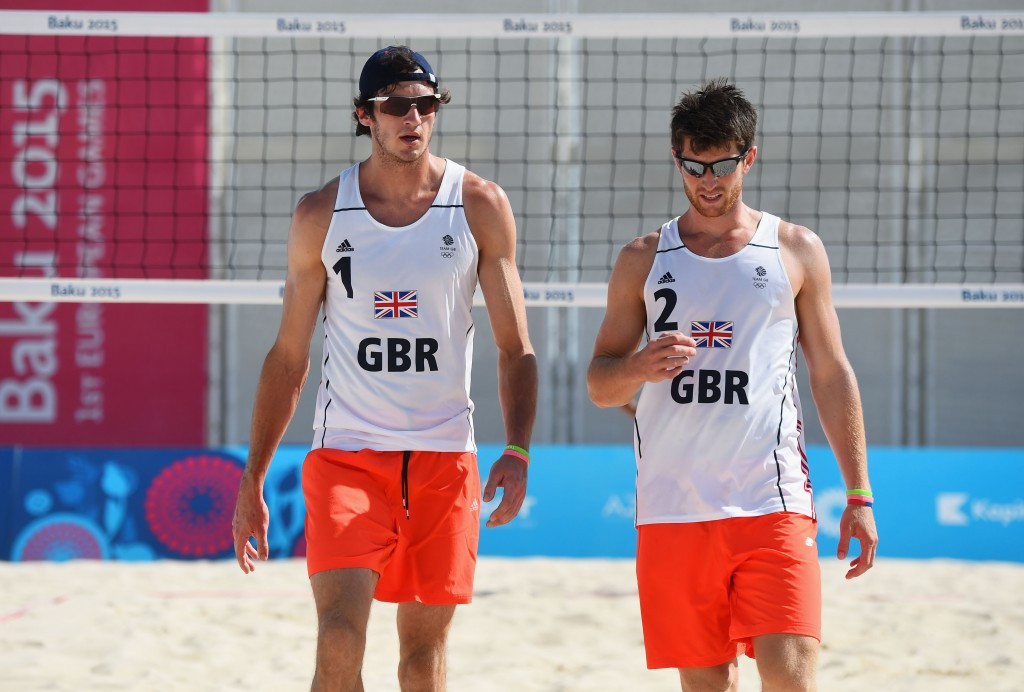 The Brits defeated Norway’s Sadegh Mohajer and Jorn Olav Gamlemoen 21-16, 21-19 in their qualification match at the beach volleyball event in Iran.

“It was a little bit of a slow start to the year,” Gregory said.

“We came in with a focus on intensity and aggression, but it was lacking a little bit in that match I’d say.

“We mirrored the other team, rather than play to our strengths, but we got through it and tomorrow is another day.”

Also through are Austrians Daniel Hupfer and Julian Horl, who beat Italians Matteo Galli and Federico Morichelli 21-17, 21-16 to make it into the pool stage.

“It was a bit tough because we didn’t know them,” Hupfer said.

“Considering it is the first tournament of the season we weren’t at our best and were a little bit nervous at the beginning, but I think we did a good solid job.”

Elsewhere, there was disappointment for two Iranian duos who fell in the qualification phase.

Reza Naeini and Bahman Gholipouryare were knocked out 21-18, 22-20 by China’s Li Zhuoxin and Li Jian while the duo of A.Shoushtarizadeh/Ghasemkhah were beaten by Nikita Liamin and Dimitri Barsouk of Russia, 21-15, 21-16.

The action continues on the Iranian island tomorrow, but the male only tournament has proved controversial due to a ban on women watching matches in the Islamic country.

However, the FIVB gave assurances that women would be able to watch the event on Kish, which is situated in the Persian Gulf.

"We've had confirmation from the organisers that the event will be open to fans from all age groups and genders," the body's communication director Richard Baker told insidethegames earlier this month.

As yet there has been no indication if any women have watched today's action.

The event is the first of 11 Open tournaments to be staged by the FIVB in 2016.