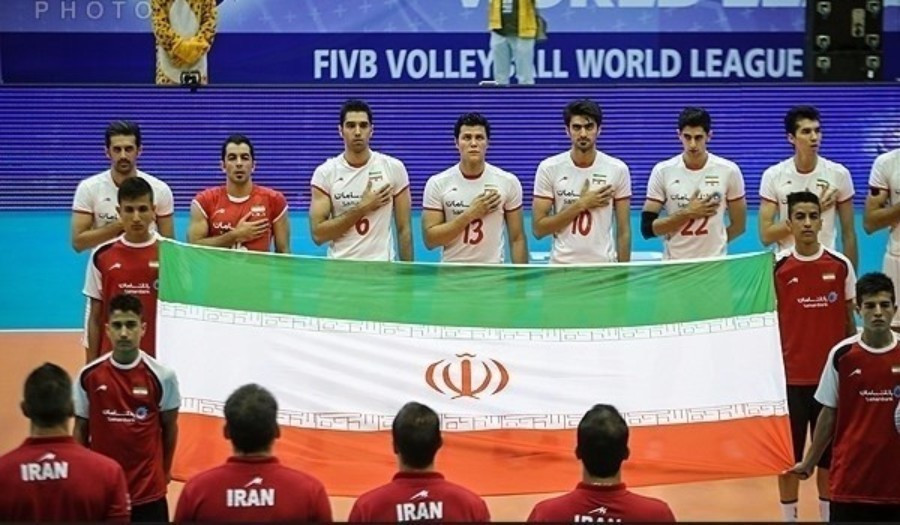 A 25-year long rule banning women from attending football matches in the Islamic nation was controversially extended to volleyball in 2012.

Ghavami, arrested for "propaganda against the regime" after attending an FIVB World League match in Tehran, spent 151 days in the notorious Evin prison before she was released and charges eventually dropped.

The FIVB were initially criticised for a lack of action but vowed to work with Iranian authorities, and in November promised not to allocate any more events to Iran until the ban was lifted.

An FIVB World Tour Open event scheduled for February 14 to 19 was awarded to Kish Island last month, however, while World League matches are also expected to take place in Tehran next June.

Azevedo, the official responsible for dealing with the situation, said then that they were using a carrot rather than a stick approach to apply pressure to the Iranians to change their approach, a method they still believe will prove successful.

He is hopeful the ban will be lifted before the event on Kish Island begins.

"The latest from Iran is that we have been working hard with the appropriate authorities there in the country to help resolve the matter of women being banned from attending volleyball matches," the Brazilian told insidethegames today.

"Discussions are still ongoing and we are hoping for a positive outcome ahead of the FIVB World Tour open event on Kish Island.

"We will continue to work with the relevant authorities and the FIVB will continue to host events in Iran as we believe removing the country’s right to host sports events removes access, accountability and opportunities for dialogue."

Convincing Iranian President Hassan Rouhani, a relative moderate who has notably improved Iran's relations with the Western world and has also enhanced women's rights by appointing female Foreign Ministry spokespersons since he assumed office in 2013, is unlikely to prove too difficult.

The situation is complicated by the power still held by conservative religious figures, including the Supreme Leader Ali Khamenei.

Azevedo's comments followed a meeting between the FIVB and Human Rights Watch in Lausanne this week in which the Non-Governmental Organisation (NGO) urged the world governing body to "use its leverage with Iran to seek an end to the discriminatory ban on women and girls".

“The FIVB says it is committed to gender equality, but so far their policies haven’t worked," claimed the body's director of global initiatives, Minky Worden.

"Only men could buy tickets for their tournament in Iran last June, and hardliners threatened women.

“The FIVB can and should make sure it is not cost-free for Iran if it keeps excluding women.”

HRW have also begin a digital advocacy campaign, #Watch4Women, seeking to end the ban and strengthen respect for women’s rights in Iran, "in line with international human rights standards and the Olympic Charter".

A campaign website has been set-up here, with a video having also been created.

They have asked the FIVB to make more radical requests, including asking Iranian volleyball officials to announce publicly how women can buy tickets online and attend these matches.

They have also requested that Iranian police protect women who attend matches, instead of deploying them to arrest and drive them off, as they reportedly have in the past.

"Inclusivity and universality are key components of the FIVB’s vision as we look to become the 'Number One Family Sport Entertainment in the World'."

Former United States Secretary of State Condoleezza Rice slammed the ban on women as "ridiculous" earlier this month, claiming it must be lifted in order for Iran's recent commitments to modernisation to be taken seriously.