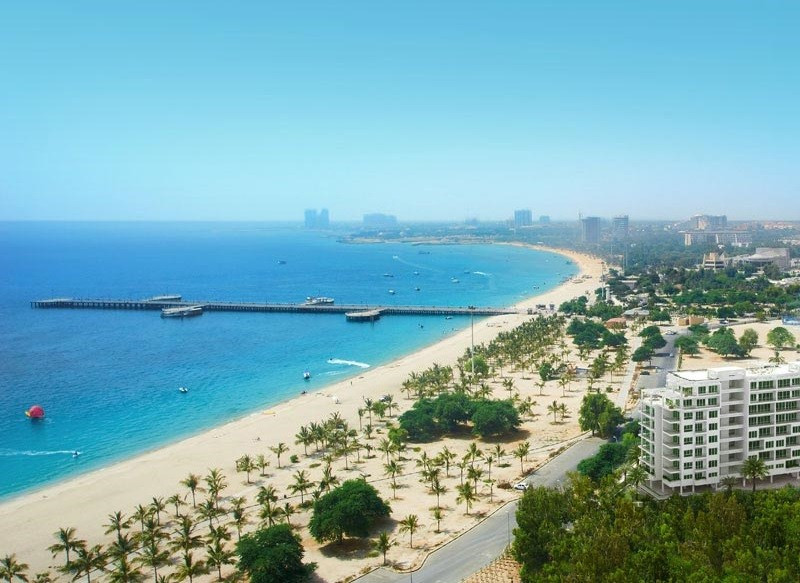 A beach volleyball World Tour open event in Iran will be the second stop on the International Volleyball Federation's (FIVB) calendar for 2016, it has been confirmed today, as the world governing body continues to strive to have a ban on women attending indoor matches in the Islamic Republic lifted.

The event, news of which was exclusively broken by insidethegames earlier this month, will take place from February 14 to 19 and is expected to consist of just a men's competition.

It is due to take place on Kish Island , a 91.5 square kilometres resort in the Persian Gulf, 19km from the mainland and considered among the world's most beautiful islands.

Fast becoming an Iranian sporting hub, competition could take place at a multi-purpose Olympic stadium seating 1,200 spectators, although no venue has been oficially confirmed.

The island boasts facilities catering for 11 sports, including basketball, futsal, gymnastics, handball, judo, takewondo and wrestling, as well as volleyball.

It has previously hosted the 2006 Men's Asian Beach Volleyball Championships.

In November 2014, the FIVB ruled that no events would be awarded to Iran until a ban on women attending matches introduced in 2012 had been lifted.

It followed an international outcry after the arrest of British-Iranian woman Ghoncheh Ghavami when she attended an FIVB World League match in Tehran.

Ghavami, arrested for "propaganda against the regime" rather than directly for attending the match, spent 151 days in the notorious Evin prison before she was released and charges were eventually dropped.

Since then, the FIVB have been working to eradicate the ban, and in January it was ruled that foreign women could attend matches, even if locals were still forbidden.

Although the decision to award an event to Iran appears to violate their own ban, insidethegames has been told they are keen to adopt a carrot rather than a stick approach, rewarding rather than punishing the Iranians after the country was stripped of the FIVB Boys' Under-19 World Championships last year.

FIVB general director Fabio Azavedo is hopeful the ban will be lifted before Rio 2016.

"The FIVB is fully committed to providing women around the world with opportunities to watch and practice volleyball," the governing body told insidethegames in a statement today.

"We are working in close collaboration with the Iranian authorities to try and find a solution where both men and women will be able to attend and watch volleyball events in Iran.

"We have made good progress but of course there is more work to be done.

"We are hopeful that a resolution will be found soon and will continue to work hard as we aim to realise our vision of being the world’s leading family sport entertainment."

They did not directly respond to questions on whether women would be permitted to attend the competition next February, although it appears possible as the ban is most associated with indoor events.

A total of 28 events have been confirmed for next season, including the Olympics in Rio de Janeiro, although several of the locations are yet to be decided.

Tournaments includes Swatch Major Series stops in Porec in Croatia from June 28 to July 3, Gstaad in Switzerland from July 5 to 10 and Klagenfurt in Austria from July 26 to 31.

The World Tour Finals are due to place from October 25 to 30, although a host has yet to to be confirmed as the FIVB seek to repeat the success of this year's event in Fort Lauderdale.

The season is scheduled to start in January with another World Tour Open event in Vitoria, Brazil.