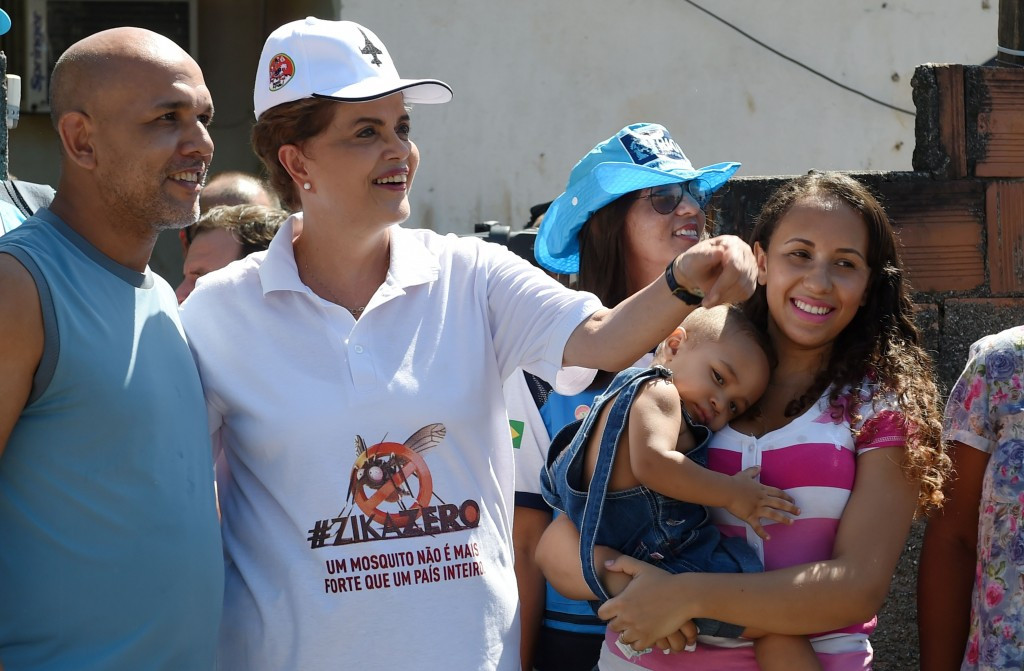 Brazilian President Dilma Rousseff and Rio de Janeiro Mayor Eduardo Paes have claimed that the current outbreak of the Zika virus will not affect this year's Olympic and Paralympic Games.

The outbreak of the virus, which is spread by mosquitoes, has caused widespread panic among some countries preparing for Rio 2016.

Rousseff has launched a new initiative designed to eradicate the problem but has dismissed concerns that it will jeopardise the Games being held in South America for the first time.

"We are certain of one thing: We will have the Olympic Games and we're taking action to make sure of it," she said.

"We have to fight the mosquito because it transmits the virus.

"It is the vector.

"And for that reason we have to stop the mosquito from breeding."

Paes, who has been involved in Rio 2016 since it bid successfully for the Olympics and Paralympics in 2009, is also confident that by the time the Games are due to open on August 5 the issue will have been solved.

"August and July are dry months, not as warm, so we have less incidence of the mosquito," he said.

"We must take all the necessary precautions, show that we are doing whatever we can to prevent any athlete or visitor who come to Rio from catching the disease."

Zika can cause fevers, rashes, joint pain, eye redness and conjunctivitis, although it is thought only 20 per cent of people infected will display any symptoms.

The biggest risk appears to be to pregnant women, due to a link between the virus and the birth defect microcephaly - which causes babies to be born with small heads and under-developed brains.

Paes does not believe the dangers of Zika are as serious as some have claimed.

“More people die of flu every year than of dengue, let alone of Zika," he said.

"I do not mean to minimise the issue, but I think there is being some exaggeration at the moment."

So far, over 4,000 reported cases of microcephaly in newborns were registered in Brazil.

Out of those, over 400 have already been confirmed.

Brazil has employed more than 200,000 soldiers across the country as part of an operation aiming to knock on three million doors and distribute informational leaflets.

Wearing a white cap and short-sleeve shirt with the slogan #ZikaZero, Rousseff personally sprayed insect repellent in areas of Rio de Janeiro where mosquitoes can breed.

"The Government is taking the lead but that alone won't win the war," she said.

"We need to get everyone involved."