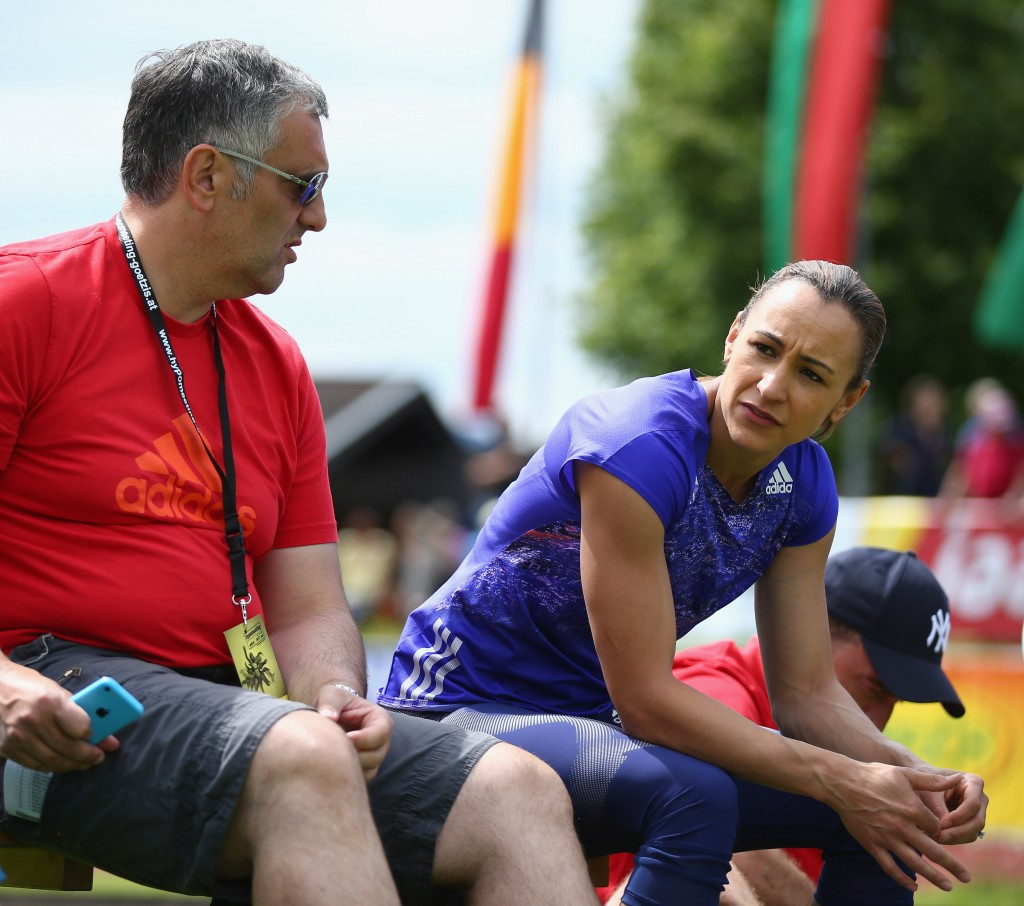 Toni Minichiello, the coach of Britain's Olympic heptathlon champion Jessica Ennis-Hill, believes that the country's training camp for the Rio 2016 Olympics should be moved out of Brazil as fears grow about the Zika virus.

The health scare has become a major worry in the build-up to this year's Games - with the World Health Organization declaring it as a global emergency.

Zika, which is carried in mosquitoes, has spread swiftly throughout the Americas and has also reached other parts of the world, but the epicentre of the crisis is Brazil.

Pregnant women have been advised not to travel to effected areas due to a link between Zika and microcephaly, a condition which can lead to babies being born with small heads and under-developed brains.

Kipchoge Keino, the President of the National Olympic Committee of Kenya, said yesterday that his country could withdraw if the virus reaches "epidemic levels", with other symptoms including fevers, rashes, joint pain and conjunctivitis.

Now, Minichiello has said Britain should consider scrapping its training camp, which will be held in Belo Horizonte, Brazil's sixth largest city which is an hour's flight from Rio.

“We should be looking at finding a camp that minimises the risk,” Minichiello said to The Times.

“Coaches have a duty of care and I certainly would not be encouraging an athlete to go anywhere that could have long-term effects.”

Ennis-Hill, who won one of the host nation's most memorable gold medals at London 2012, skipped the 2014 season while she was pregnant with her first child.

She gave birth to a son, Reggie, in July of that year, before returning to athletics in spectacular fashion by winning the World Championship title last year in Beijing.

Minichiello said he would speak to British Athletics performance director Neil Black about the Belo Horizonte camp, but it is not known if Ennis-Hill would decline to travel.

Belo Horizonte was seen as the perfect place for British athletes to acclimatise to Brazil when the training camp was announced in 2013.

"We believe we have found the best possible environment for our athletes to prepare for the Rio 2016 Olympic Games and all the partners have shown their commitment to understanding and meeting our needs," said British Olympic Association chairman Sebastian Coe at the time.

Minichiello's quotes came after the United States Olympic Committee (USOC) denied reports that it had told athletes fearing Zika that they could skip Rio.

USOC said that they "would not and will not prevent athletes" from competing but football goalkeeper Hope Solo has said she would not attend if the Olympics began tomorrow.

The 34-year-old, a members of the US gold medal winning team at both Beijing 2008 and London 2012, told Sports Illustrated she was worried Zika could impact her chances of having a healthy child with NFL-player husband Jerramy Stevens.

"I don’t know when that day will come for Jerramy and me, but I personally reserve my right to have a healthy baby," she said.

"If I had to make the choice today, I wouldn’t go."

It is hoped that Zika will be less prevalent in August and September, when the Olympics and Paralympics take place, due to the cooler climate being less favourable for the mosquitoes which carry it.

Tunde Popoola, Secretary General of the Nigerian Olympic Committee, stopped short of saying his country would pull out but stressed that the safety of athletes would never be endangered.

He also appeared to agree with Minichiello by stating that training camps would be held in non-Zika countries.

"The Nigeria Olympic Committee is very much aware of the situation and we are monitoring events as it unfolds, we hope that the outbreak would be contained before the Games proper," he said to Daily Sunsports.

“The health of our athletes, officials and other Nigerians that would travel to Brazil for the Olympic Games is paramount and in no way would the NOC risk their health as it concerns the menace of the Zika Virus.

"For now nothing suggests we would pull out, but be rest assured that we are going to play safe.

"The first step we would take is to avoid Zika prone countries during our overseas training tour ahead of the games."

The German Olympic Sports Confederation's leading doctor, Bernd Wolfarth, told Reuters that Zika was no threat to the Games.

"Apart from the fact athletes decide for themselves and freely whether they will compete or not, one must now follow the development very carefully," he said.