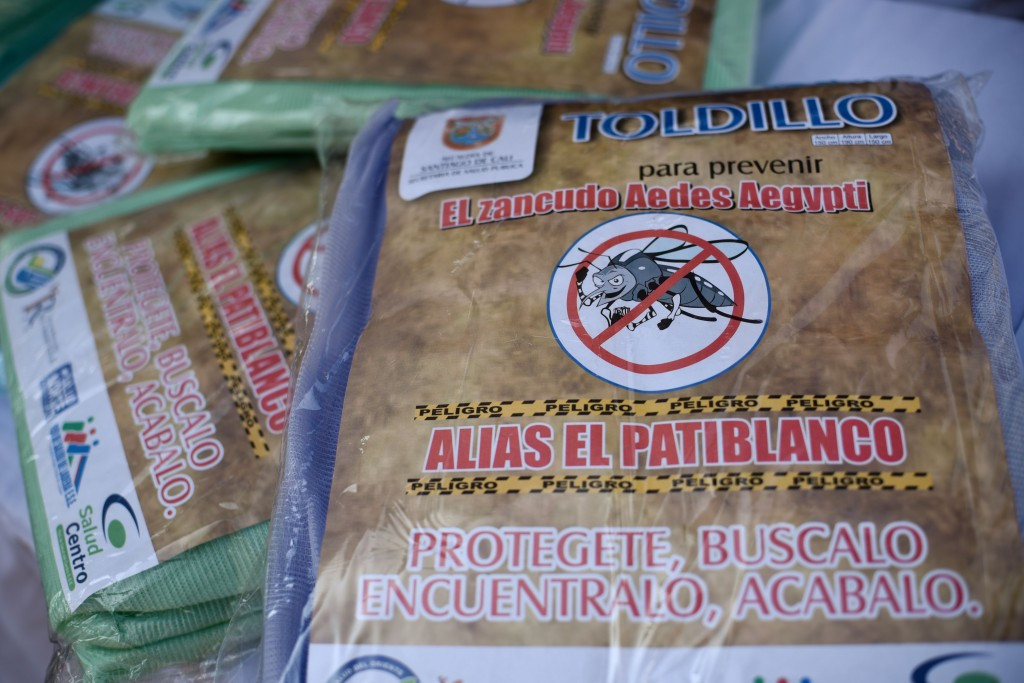 The United States Olympic Committee (USOC) has hired infectious disease specialists as concerns about the Zika virus continue ahead of Rio 2016.

USOC chief executive Scott Blackmun confirmed the move in a memo to prospective members of the US Olympic and Paralympic delegations, with the health scare remaining prevalent in Brazil and the rest of the Americas.

"I know that the Zika virus outbreak in Brazil is of concern to many of you," said Blackmun.

"I want to emphasise that it is to us as well and that your well-being in Rio this summer is our highest priority.

"We have been in close contact with the U.S. Centers for Disease Control and Prevention, as well as infectious disease specialists with expertise regarding the Zika virus.

"No matter how much we prepare, however, there will always be risk associated with international competition.

"Each country, each venue and each discipline will present different risks and require different mitigation strategies.

"We want to be a resource for you and provide you with relevant information from reputable sources like the CDC [Centers for Disease Control and Prevention] and the WHO [World Health Organization]."

Zika, which is spread by mosquitoes, can cause fevers, rashes, joint pain, eye redness and conjunctivitis, although it is thought only 20 per cent of people infected will display any symptoms.

The biggest risk appears to be to pregnant women, due to a link between the virus and the birth defect microcephaly - which causes babies to be born with small heads and under-developed brains.

It is hoped that the cooler Brazilian climate in August and September, when the Olympics and Paralympics will take place, will mean that the mosquitoes responsible are less prevalent, although the WHO has said the current situation represents a global emergency.

Uğur Erdener, the Turkish President of World Archery who is a qualified doctor, said he was confident authorities in Brazil were taking "significant" steps to combat Zika.

The 65-year-old, a member of the International Olympic Commitee (IOC) and chair of its Medical and Scientific Commission, added that "all parties were taking action" and that the IOC were "following developments closely".

Blackmun added to USA Today that the specialists would be available to athletes on an individual basis, and at least one would be a woman due to the particular importance of the issue to female athletes.

“We are six months out, so hopefully we will learn much more about this, but we understand the importance of the issue as it stands now," he said.

Reports earlier this week that USOC had told athletes who feared Zika that they should consider skipping Rio were denied by the organisation.

USOC spokesperson Patrick Sandusky, however, said the governing body "did not, would not and will not" prevent anybody from competing.

The US women's football goalkeeper Hope Solo, a double Olympic gold medallist, has said she would not travel to Rio de Janeiro if she had to make the choice today due to Zika fears, as she wants to start a family.

She is not the only person to express concerns, with Toni Minichiello, the coach of Britain's Olympic heptathlon champion Jessica Ennis-Hill, saying that the country should consider moving its pre-Rio training camp out of Brazil.

The secretary general of the Tanzanian Olympic Committee Filbert Bayi told All Africa that reports on Zika were "conflicting and confusing".

He said his country would not withdraw unless the African country's Embassy in Brazil and the WHO provided evidence that the virus could harm their athletes.

Kenya's Olympic Committee had threatened to pull out if Zika reaches "epidemic levels" while Nigeria said it would in "no way" risk the health of its delegation.

Hassan Wario, Kenya's Sports Minister, said it would be up to the Government what decision his country takes, but hinted that not attending would be unlikely.

"We believe Rio 2016 Organising Committee is on top of things addressing the menace and sharing their cause of action with the relevant stake holders," he said.

USOC's memo on Zika can be read here.