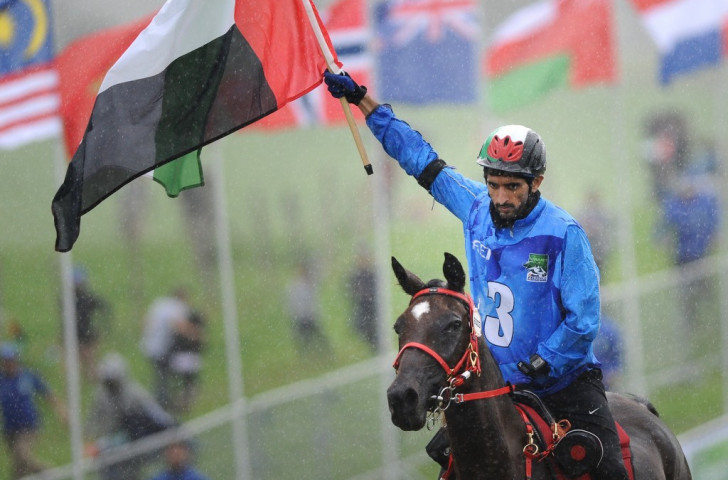 The EEF sent a 10-page document to FEI secretary general Sabrina Zeender detailing their proposals in order to reform the sport of endurance in the United Arab Emirates, which has come under fire following an investigation by the FEI into major horse welfare issues and non-compliance with its rules and regulations.

They were subsequently provisionally suspended by the ruling Bureau in March.

Their proposals were discussed in detail and it was decided that Zeender and other members of the sport’s governing body will work together with the EEF to come to a suitable solution between the organisations.

Failure to abide by the proposals could see the UAE being stripped of their rights to host the 2016 FEI World Endurance Championships, awarded to the country in December 2014.

“We welcome the proposed agreement of the UAE and see it as a very positive development that they are working to come to a solution,” FEI President Ingmar De Vos said.

“The provisional suspension can only be lifted if there is a clear commitment to respect the rules before the Bureau can consider the lifting of the suspension.

“It is clear that more still needs to be done and we require some further work on the details, but their proposals are a very good start to work on the process for reinstatement.”

The EEF’s proposals, aimed at changing the sport in the country, include the creation of an EEF Endurance Committee of Enquiry to oversee full application of the rules, the possibility to ban organisers for non-compliance with the rules and for them to work more closely with the FEI.

It is also hoped that they will coperate fully with Equestrian Community Integrity Unit inquiry into the duplication of results at several different events in the country.

More support from the UAE National Olympic Committee and National Anti-Doping Committee has also been proposed.

The development represents a step in the right direction for the much-maligned EEF, who withdrew their appeal against their suspension last month.

It follows a meeting between the FEI, the EEF and the UAE National Olympic Committee, where actions that needed to be taken by the EEF in order to have their suspension lifted were discussed.