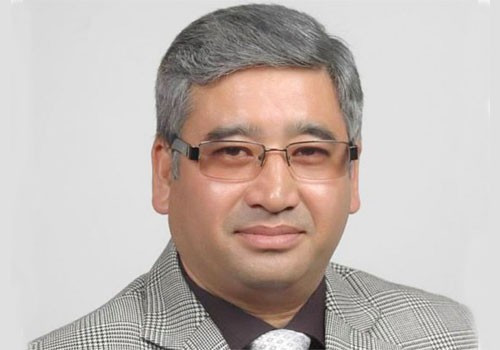 Jeevan Ram Shrestha has been elected as President of the Nepal Olympic Committee (NOC) after defeating rival Umesh Lal Shrestha, it has been announced.

Ram Shrestha, who was expected to win the Presidential race, secured 17 of the 26 votes during the Elective General Assembly of the NOC, held at the Olympic Complex Satdobato.

He was formerly secretary general of the organisation and replaces Dhruba Bahadur Pradhan as the head of the NOC.

As well as appointing a new President, elections for the rest of the NOC Executive Board were also made.

Tendi Sherpa is the new secretary general, stepping into the post previously held by Ram Shrestha, after claiming 17 votes, with Chimi Urgen securing eight and Dipraj Gurung one.

Rajiv Shrestha has been appointed deputy secretary general by virtue of drawing lots between him and fellow candidate Chaturananda Vaidhya after both had 13 votes each, while Dhirendra Pradhan, Purendra Bikarm Lakhey, Jyoti Rana and Rajendra Bantawa were all unanimously elected as vice-presidents.

The General Assembly itself had to be re-arranged for September 3 following a procedural error.

The election had originally been due to be held on August 6 but the NOC failed to inform the All Nepal Football Association 21 days before the Assembly, as its statues required.

Newly-elected President Shrestha had admitted the mistake, saying the organisation was “on the wrong footing” and vowed to ensure the mistake did not happen again.

He hoped the error would “set a precedent” for future NOC General Assemblies going forward.