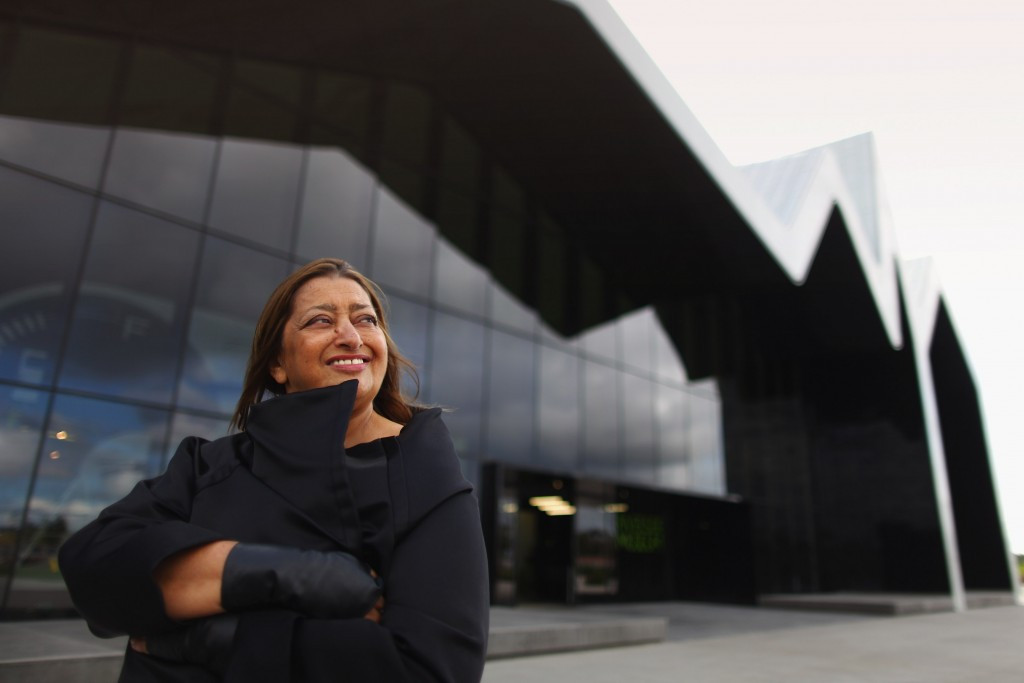 Architects of Tokyo 2020's scrapped Olympic Stadium design claim they have rejected a request to give up copyright of their plans - while claiming that the new project has "significant similarities" with their work.

Initial stadium plans drawn up by Iraqi-British architect Zaha Hadid were axed by Japan's Government in July due to rising costs, with a new design by architect Kengo Kuma now selected as a replacement.

Zaha Hadid Architects (ZHA) revealed, however, they have been asked to give up copyright by the Japan Sports Council (JSC) in return for an overdue final payment.

This has led to allegations that Kuma's design will have similarities to the scrapped project, and that the JSC is attempting to avoid any future problems by securing the rights to Hadid's work.

"We can confirm that we received and rejected a written request to modify our existing contract to allow the transfer of the copyright of the detailed design for the Japan National Stadium, owned by ZHA, in exchange for an overdue final payment," a statement by London-based firm ZHA said.

"Following a thorough investigation ZHA has today submitted a report to the JSC detailing the significant similarities between the structure, layout and numerous elements of the original detailed design for the national stadium for Japan and the latest designs.

"This document will form the basis for the discussions we hope to resume shortly with the JSC to resolve the important issue of the use of valuable design work that is currently the copyright of ZHA and the original design team.”

In documents reportedly seen by British newspaper The British Telegraph, the JSC is said to request the right to "use project work freely, without additional payment or restriction" which would include alteration and "any other use".

ZHA are also asked to "consent without objection".

"The fact that the Government now needs the copyright of the original design shows that it could have been built on time and within budget and confirms that the latest design draws heavily on the original," an unnamed source told the newspaper.

The JSA has responded by claiming it is attempting to resolve the issue but has not commented specifically on the matter.

His combined steel and wood structure features a flat roof and is due to be completed by November 2019, while there is a notable amount of greenery surrounding the stadium.

The 49.2 metre high venue would house track and field below ground level with the design said to be a nod to traditional Japanese temples.

One critic has described artists' impressions as "like a pile of salad plates cleared away before anyone had finished".

Another has claimed it reminded them of a Big Mac.

This was said to be more than double original estimates.

ZHA had teamed up with Japanese company Nikken Sekkei to work on revised, cheaper, plans, but they pulled out of the process after they were unable to find a construction company to partner with.

This was a key requirement but ZHA argued it restricted themselves and other companies from taking part in the re-opened stadium process.

"Work would already be underway building the new National Stadium for Japan if the refinements proposed by ZHA and our Japanese design partners over the previous years had been made to the original competition winning design," the company said in a statement last month.

The venue was due to be completed in time for it to stage the final of Rugby World Cup, which Japan is staging in 2019, but will now not be ready.

Tokyo 2020 organisers are no strangers to problems involving similarities in design - as their initial logo for the Olympics was also axed following a plagiarism row.

Belgian designer Olivier Debie claimed that the emblem resembled his effort for Liege Theatre, and a legal case he opened against the International Olympic Committee has still not been resolved.