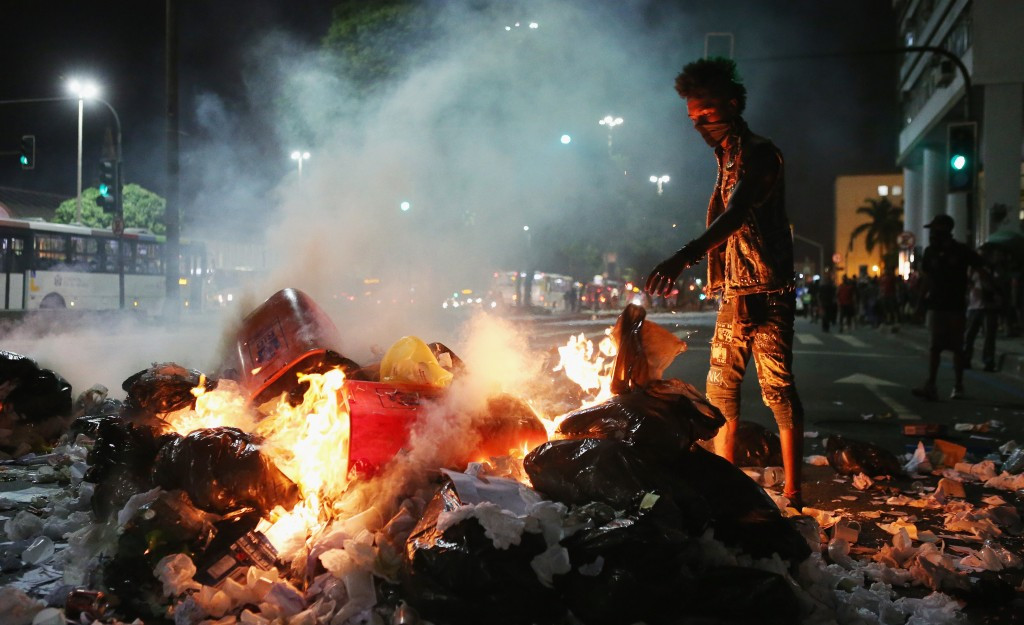 Around 2,000 protesters in Rio attacked police and members of the Municipal Guard, Globo have reported, as well as vandalising buses and setting up a burning barricade in a demonstration organised by the Free Fare Movement, the same group which began protests during football's Confederations Cup in 2013.

The 2013 protests eventually escalated into large-scale demonstrations of opposition to the Government, which mushroomed into direct opposition to spending for the 2014 FIFA World Cup as well as the Olympics and Paralympics, something organisers are desperate to avoid with less than seven months to go until the Opening Ceremony of Rio 2016.

There have been no specific protests against the Games yet but fears will be rising as the unrest was in contrast to the peaceful demonstrations seen during 2014 and 2015.

Protests began in the centre of the city, close to the Maracanã Stadium where the Opening and Closing Ceremonies are due to take place.

Seventeen people were arrested in a 3,000 strong protest in São Paulo, meanwhile, where masked protesters threw rocks at police, who used tear gas, stun grenades and pepper spray to defend themselves.

More peaceful protests took place in many other cities, including Belo Horizonte, which, like São Paulo, is an Olympic football host this summer.

This comes after reports that disgruntled former workers were responsible for a small fire which caused minor damage to office space close to the Olympic Tennis Centre in the Barra de Tijuca Olympic Park.

There is still huge resentment against the Government across the country following a surfeit of recent problems, including a major corruption scandal involving state-run oil firm, Petrobras.

Many people believe the Olympics is an unaffordable luxury given the problems in Brazil, and more demonstrations are reportedly planned later this week.