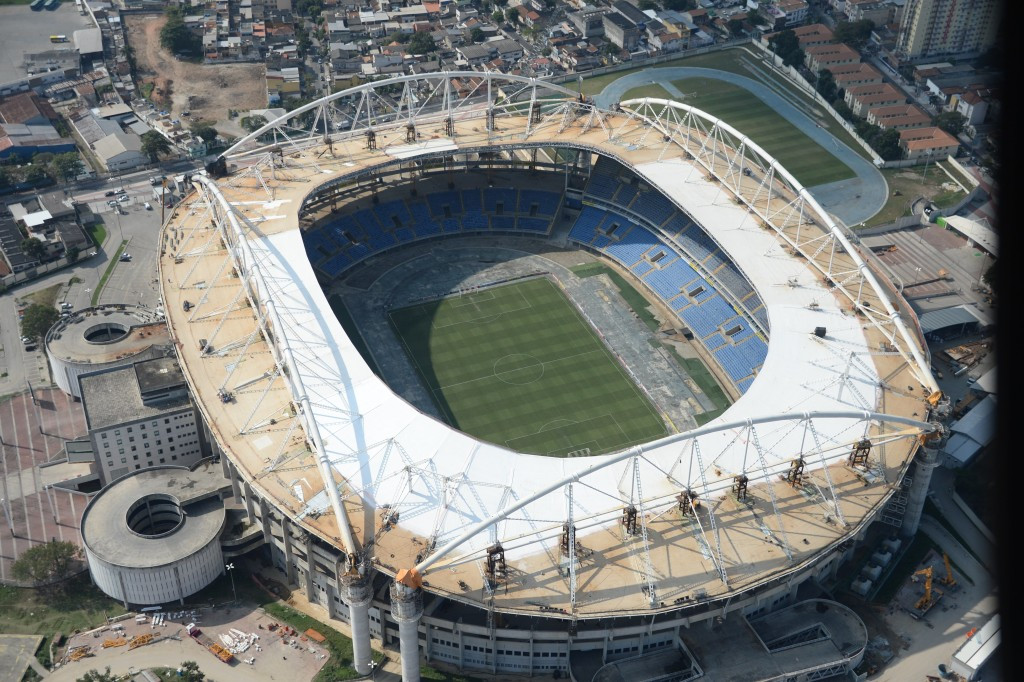 An urgent meeting is due to take place tomorrow after it was revealed that the Olympic Stadium, scheduled to host athletics during Rio 2016, is currently without electricity or running water due to unpaid bills.

An immediate solution has not been possible due to the Christmas and New Year holiday in Brazil.

"We have to look at who is responsible [for the unpaid bills] and will have an answer on Monday," Carlos Eduardo Pereira, the President of Botafogo, the football club who play at the Stadium, said.

Officially called the Estádio Olímpico João Havelange, it was constructed for the 2007 Pan-American Games.

It has a capacity of 45,000 that is being temporarily increased to 60,000 for the Olympic and Paralympic Games, during which it will stage group-phase football matches and the athletics track and field competitions.

The Stadium was closed in March 2013 after officials discovered the roof was in danger of collapse and did not re-open until last year.

A new track for the Olympics and Paralympics is due to be laid by Mondo in the opening two months of this year in time for the athletics test event at the Stadium, the Ibero-American Championships from May 14 until 16.

Known locally as Nilton Santos stadium and located in the north of the city, there has been a continuing dispute between the City Government in Rio de Janeiro and Botafogo over who is responsible for the upkeep of the arena.

Brazil is in the midst of its worst recession in decades, hit by a devastating corruption scandal at state-run oil firm Petrobras.

Soaring inflation and a sharp devaluation of the currency have forced organisers to slash spending to avoid going over budget.

In November they revealed a series of cutbacks designed to help keep them within their planned budget of £2.38 billion ($3.6 billion/€3.2 billion).

These included significantly scaling back the infrastructure for the test events and reducing the volunteer workforce from 70,000 to 60,000.

Rio 2016 President Carlos Nuzman admitted when he appeared before the International Olympic Committee's ruling Executive Committee last month that the ongoing economic and political crisis in Brazil posed a “challenge”.