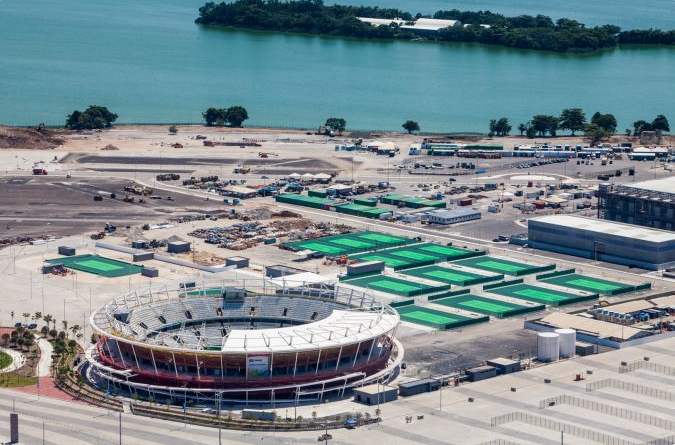 A small fire, which may have been caused deliberately by disgruntled former workers, caused minor damage to office space in the foremost Olympic Park to be used at this summer's Games in Rio de Janeiro.

The blaze, close to the Olympic Tennis Centre on the Barra de Tijuca site, broke out in a shipping container holding construction supplies.

Despite alarming nearby residents, there was no damage to facilities to be used during the Games and no injuries at the site as construction continues ahead of the Olympic Opening Ceremony on August 5.

"The incident was quickly controlled and nobody was injured, the Rio 2016 Organising Committee was informed by the Rio City Government, which is project managing the park’s construction, and the on-site security teams," a RIo 2016 statement said.

It is thought the fire may have been intentionally begun by the protesters after they held a demonstration outside the site, Globo has reported.

The workers claim they were laid off in December, but have yet to receive their last month's salary or their legally required severance payments.

Organisers will be desperate to avoid a repeat of the widespread protest which disrupted the Confederations Cup football tournament in 2013, when protesters took to the street to demonstrate against wider social and economic problems in Brazil.

There is still huge resentment against the Government following a surfeit of recent problems, including a major corruption scandal involving state-run oil firm, Petrobras.

Many people believe the Olympics is an unaffordable luxury given the problems, but there have been no major demonstrations directly against the Games.

Despite concerns in the build-up, the 2014 FIFA World Cup also progressed without any major problems.