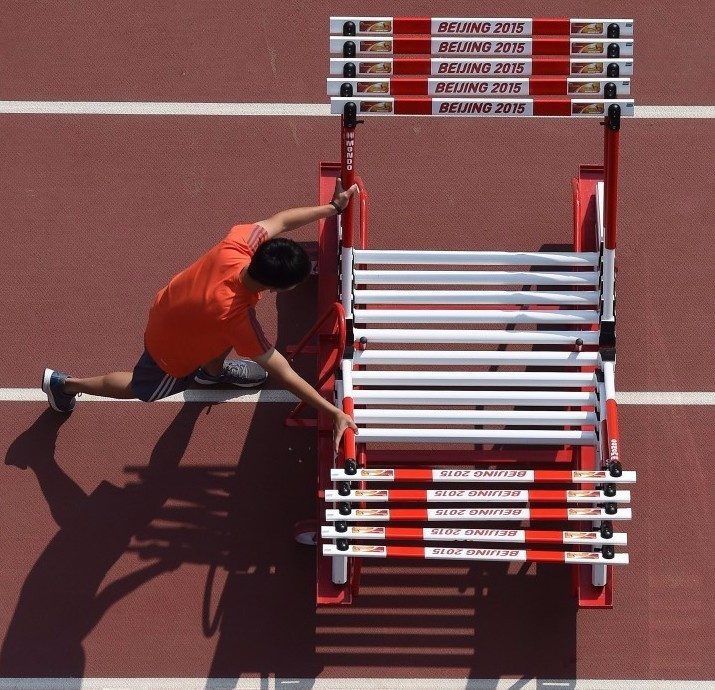 The laying of the Rio 2016 athletics track in the Olympic stadium – delayed by renovations in the trouble-dogged arena – will take place in February, in good time for the Olympic and Paralympic Test events scheduled for May.

“We are in the process of delivering the material and we expect to start installation at the beginning of February,” Andrea Vallauri, head of Mondo’s Sports Division, told insidethegames.

“Everything should be completed by the end of March in time for the Test event planned for the beginning of May.

"That is a fixed point.”

The athletics Test event for the Olympics is scheduled to be the Ibero-American Championships from May 14 until 16.

The Paralympic Test event will follow within a week.

Constructed for the 2007 Pan-American Games and currently the home of Botafogo Football Club, the Estádio Olímpico João Havelange, has a capacity of 45,000 that is being temporarily increased to 60,000 for the Olympic and Paralympic Games, during which it will stage group-phase football matches and the athletics track and field competitions.

Vallauri, who has just returned from a site visit, insists that the timing for the track is on track, however.

“The only thing is that in Brazil the priority is football, unfortunately.

"In the Olympic stadium we have to work round the football season and wait until there is a break.

“We are quite confident all will be finished on time – unless it rains for two months."

Mondo, for whom this will be the 11th summer Olympic track laid, recently extended their partnership with the International Association of Athletics Federations until 2024.

They have signed an agreement with Augusto Velloso, the Brazilian company renovating and re-constructing the Stadium for the Olympics and Paralympics.

Mondo will lay 16 thousand m2 of Mondotrack WS, the entire surface of the main track and the warm-up tracks, in conjunction with its Brazilian partner Playpiso

“We know very well about how to work in Brazil - it is different from London or Moscow,” Vallauri added.

“It is essential that you have a strong local partnership because of the regulations in Brazil – you have to follow the rules, and it’s okay.

“We have a partnership with our dealiers there which goes back more than 30 years.

“We have already laid more than 100 athletics tracks in Brazil, so we have good experience.

“The authorities have been adding seating capacity and have done some modification to the roof of the stadium.

“They will also change some things internally.

“But the renovation has always been a little bit affected by the fact that the stadium is leased to a football club.

“Botafogo are not very well placed in the League, but they are one of the best supported teams in Rio.

“So it was a little bit logistically complicated. But now it’s OK because the football has a break and things can move very, very fast.”