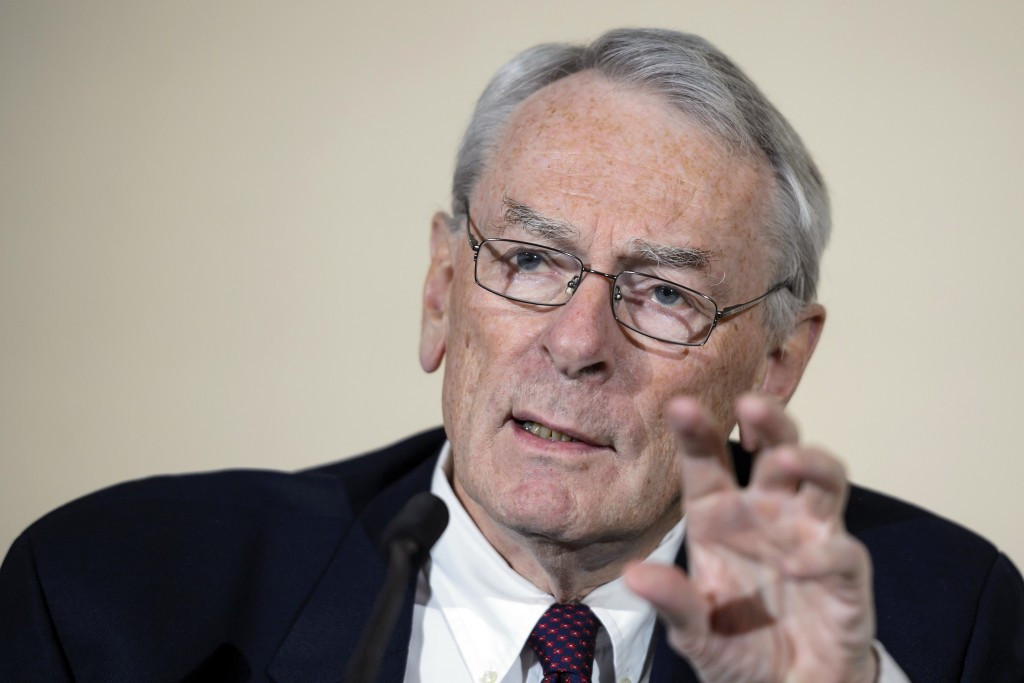 International Association of Athletics Federations (IAAF) officials, including the body's current President Sebastian Coe, should have acted quicker to remedy problems in the organisation, the head of the World Anti-Doping Agency's (WADA) Independent Commission Richard Pound has claimed.

The Canadian claimed Coe and other officials, including senior IAAF vice-president Sergey Bubka, could have changed elements of the world governing body's outdated governance structure, even if they had not directly known about the alleged wrongdoing of Coe's Presidential predecessor, Lamine Diack.

Diack was arrested in November in a French police investigation after claims he was involved in accepting bribes from Russia to cover-up failed doping cases.

“Coe and Bubka were there,” Pound told The Times.

“It’s easy enough if you want to get a governance review.

"They had a [19th-century] constitution in a 21st-century organisation.

"They had an opportunity a long time ago to address issues of governance, and you saw from the IOC what happens if you don’t do that - you get your t**s in the wringer.

“It’s easy [to change things] in a generalised way without attacking who’s sitting as President.

Pound has, however, praised the IAAF for the speed in which they banned Russia once the WADA Commission presented their verdict of systemic and state-supported doping within Russian athletics.

Under Coe's stewardship, he believes they acted with “surprisingly little difficulty and a fair amount of speed”.

They have been "guilty of blackmail" since 2011, it was concluded.

The quartet were being charged in relation to payments totalling approximately £435,000 ($634,000/€583,000) made by Russia's Liliya Shobukhova, the 2010 London Marathon winner and a three-time Chicago Marathon champion, in order to cover-up doping violations.

The Ethics Commission also ruled that similar activity also "potentially" took place in other countries, including Morocco and Turkey.

Balakhnichev, previously the Soviet national athletics coach from 1978 to 1984, told Russian news agency TASS that the IAAF decision was "politicised" and aimed at discrediting the entirety of Russian sport.

"Some forces have decided to increase pressure on the Russian sport by taking such a radical decision," he added, claiming he may appeal the decision to the Court of Arbitration for Sport.

Russian Sports Minister Vitaly Mutko appears to have quashed any prospect of this, however.

He told R-Sport today that the verdict against Balakhnichev had been "expected" and that there was "no sense" in an appeal.

Pound, the longest-serving current member of the IOC who was the founding WADA President, speculated that the IAAF deliberately released their verdict ahead of the second part of the WADA Independent Commission report, due to be published at a press conference in Munich next Thursday (January 14).

“My guess is [the IAAF] have anticipated our report,” he told The Times.

“If they want to get in front, that’s fine.

"I don’t care how we get a solution, as long as we do.

"If they feel good by saying, ‘We already agreed to do that’, the fact is they only agreed because of these revelations.”