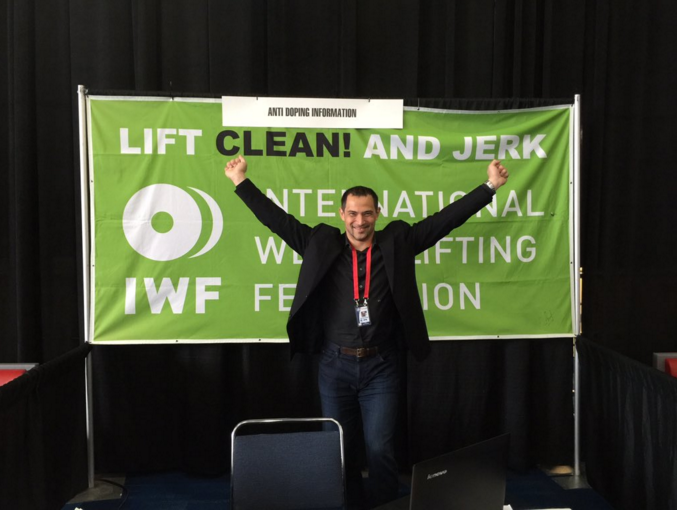 Tokyo 2020 sports director Koji Murofushi says he "very much respects" the decision of the International Weightlifting Federation (IWF) to ban Bulgaria from competing at Rio 2016 following a string of doping offences.

The IWF announced the decision on the eve of the 2015 World Weightlifting Championships, which concluded here yesterday, and confirmed it was due to multiple doping cases during the qualification period for next year’s Olympic Games.

In August, 11 Bulgarian weightlifters were banned from competing at this year’s World Championships after the Court of Arbitration for Sport (CAS) upheld punishments imposed by the IWF.

"When I hear these stories, I feel very sad," said the Japanese.

"I feel angry about it for clean athletes.

"I very much respect the move of the International Weightlifting Federation.

"It must be very painful but they’re trying to protect the clean athletes."

Murofushi is here to hold discussions with the IWF as part of his current role as Tokyo 2020 sports director.

Weightlifting at the 2020 Olympics is scheduled to be held at the 5,000 capacity Tokyo International Forum in the heart of the host city.

Murofushi likened the venue to the Scottish Exhibition and Conference Centre, which staged weightlifting at the Glasgow 2014 Commonwealth Games.

"It’s the same kind of theatre style venue so we really need to get advice from the International Weightlifting Federation to make it as good as possible for a successful competition at the Games," said the 41-year-old.

Murofushi is currently hoping to make it third time lucky and be elected onto the International Olympic Committee (IOC) Athletes' Commission.

He stood unsuccessfully in 2008 before initially topping the ballot conducted during the London 2012 Games four years later.

However, he was then disqualified by the IOC soon after for breaching strict rules governing campaigning during the election, after he allegedly gave gifts, put up posters and campaigned in the athletes' dining hall.

The full list of athletes standing this time around is not due to be announced until they have been confirmed by the IOC Executive Board, so not before the next meeting in Lausanne scheduled for December 8 to 10.

And although Murofushi is coy on his chances this time round, he insists that helping towards a successful Olympics in his home country is his "number one goal".

"I’m really into that and to do that there’s a lot of jobs," said the London 2012 bronze medallist.

"It’s not an easy job, especially after the Rio Olympics.

"It’s going to be very, very difficult but of course, you’ve got so much fun.

"I really want to focus on any situation.

"That’s my number one important job and my dream."