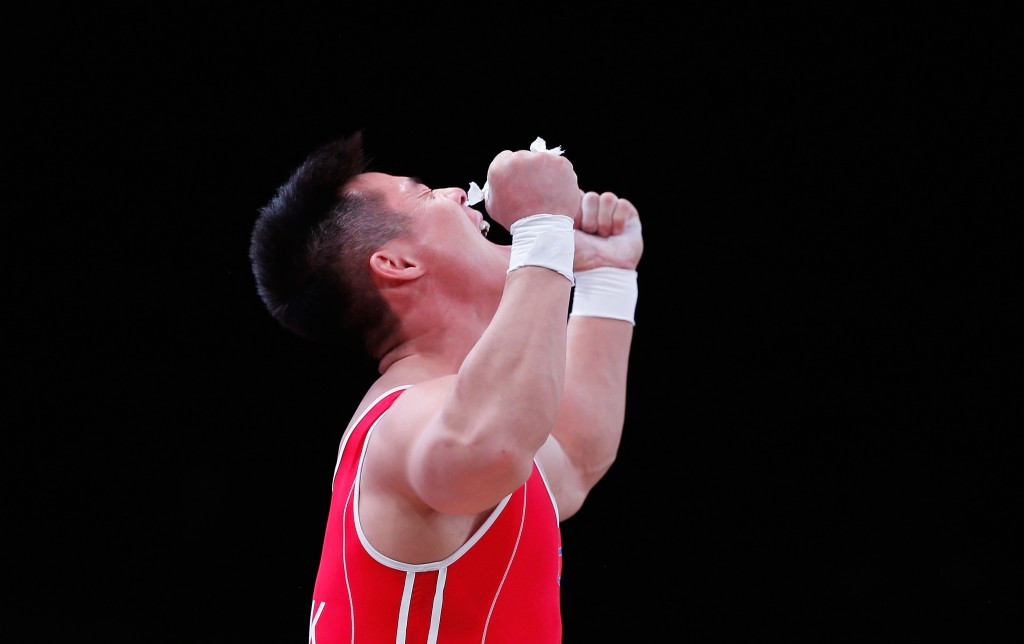 Kim earned gold in the snatch and silver medals in both the clean and jerk and total competitions in Houston, but has now returned an adverse analytical finding for the substance letrozole, a hormone and metabolic modulator.

The 27-year-old has won the overall title at both the 2010 and 2014 World Championships, while he was also crowned Asian Games champion in the South Korean city Incheon last year.

Azerbaijan’s Valentin Hristov, who finished as the bronze medallist behind Kim in the clean and jerk, and total events has also been provisionally suspended having tested positive for the anabolic steroid nandrolone.

Hristov, who previously served a two-year ban from 2013 to 2015 after testing positive for the anabolic steroid dehydromethyltestosterone, also earned bronze in the snatch division with a lift of 141kg.

Elkhan Aligulizada is a second Azeri weighlifter to be provisionally suspended by the IWF having also tested positive for nandrolone.

He was a surprise silver medallist in the men’s under 77kg division clean and jerk event, with the Group B athlete lifting a total of 203kg.

Aligulizada was also one of 18 Azeri lifters sanctioned for doping by the IWF in 2013 having tested positive for dehydromethyltestosterone, leading him to be suspended for a two-year period until September 9 of this year.

Following the string of cases in 2013, the Azerbaijan Weightlifting Federation were fined a total of $500,000, (£330,000/€460,000) while an investigation into the athletes’ entourage including coaches and team doctors was ordered, but the Federation were not suspended from competition.

On the eve of the event in Houston, the IWF Executive Board decided to ban Bulgaria from competing at Rio 2016 due to multiple positive doping cases during the qualification period, with 11 weightlifters having beeb banned from competing the World Championships after the Court of Arbitration for Sport upheld punishments imposed by the governing body.

The Bulgarian Weightlifting Federation (BWF) announced earlier this month that it has filed an appeal at the Court of Arbitration for Sport (CAS) to have the decision overturned.

Three further lifters have been provisionally sanctioned by the IWF.