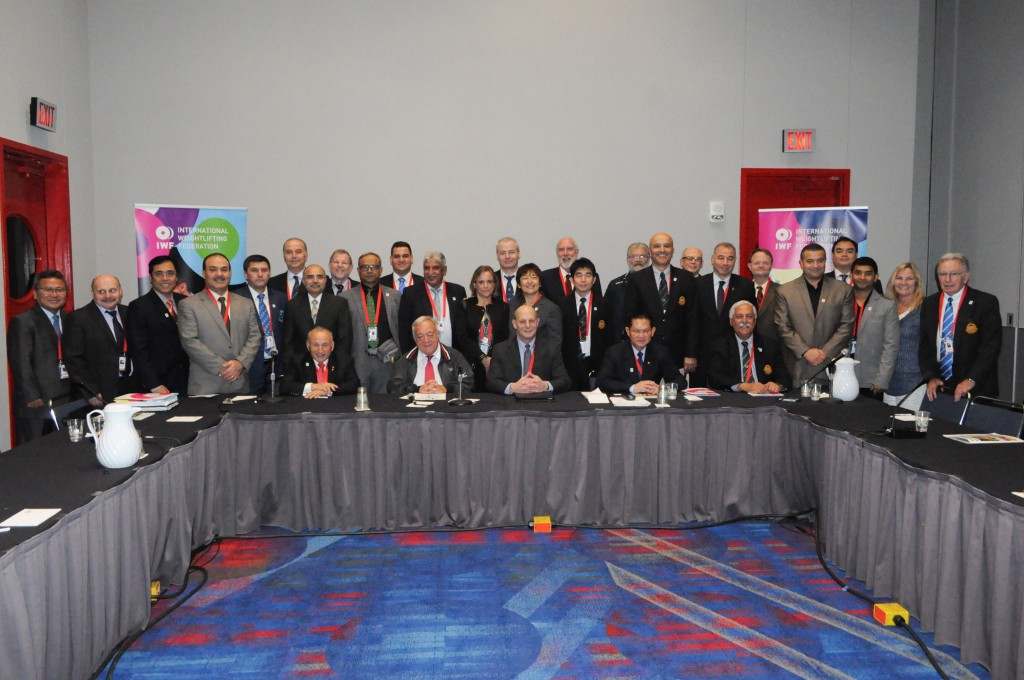 The International Weightlifting Federation (IWF) Executive Board has banned Bulgaria from competing at Rio 2016 due to multiple positive doping cases during the qualification period, it has been announced.

In August, 11 Bulgarian weightlifters were banned from competing at this year’s World Championships after the Court of Arbitration for Sport upheld punishments imposed by the IWF.

Bulgaria has won a total of 36 Olympic weightlifting medals, including 12 golds, marking it out as the nation's second strongest sport at the Games behind wrestling.

The Bulgarian Weightlifting Federation was temporarily stripped of its licence due to doping among weightlifters in 2009, a year after it had withdrawn its team before the start of the Beijing 2008 Olympic Games following failed tests for 11 of its members.

Meeting here across two days in Houston ahead of the World Weightlifting Championships, the Executive Board also decided that Honduras, Panama, Guatemala, Sierra Leone and Tajikistan will not be able to participate at this year's edition after their athletes failed to submit their whereabouts information to the Anti-Doping Administration & Management System (ADAMS).

Meanwhile, an Olympic quota place has been taken from Romania, owing to the same reasons given for Bulgaria’s ban.

The decisions come after the Executive Board received a detailed report from the IWF Anti-Doping Commission, providing statistics on doping cases this year.

The IWF also revealed today that both Malaysia's Azril Huzairi Bin Ramli Mohammad and Hungary's Vajk Károly Pócza have been provisionally suspended in the view of potential anti-doping rule violations.

Mohammad has returned an adverse analytical finding for D-methamphetamine.

Last week the International Association of Athletics Federations suspended Russia following publication of a report from the WADA Independent Commission which found evidence of state-supported doping.

The decision puts in jeopardy the participation of the country's athletes at Rio 2016, although the suspension is expected to be lifted before then.