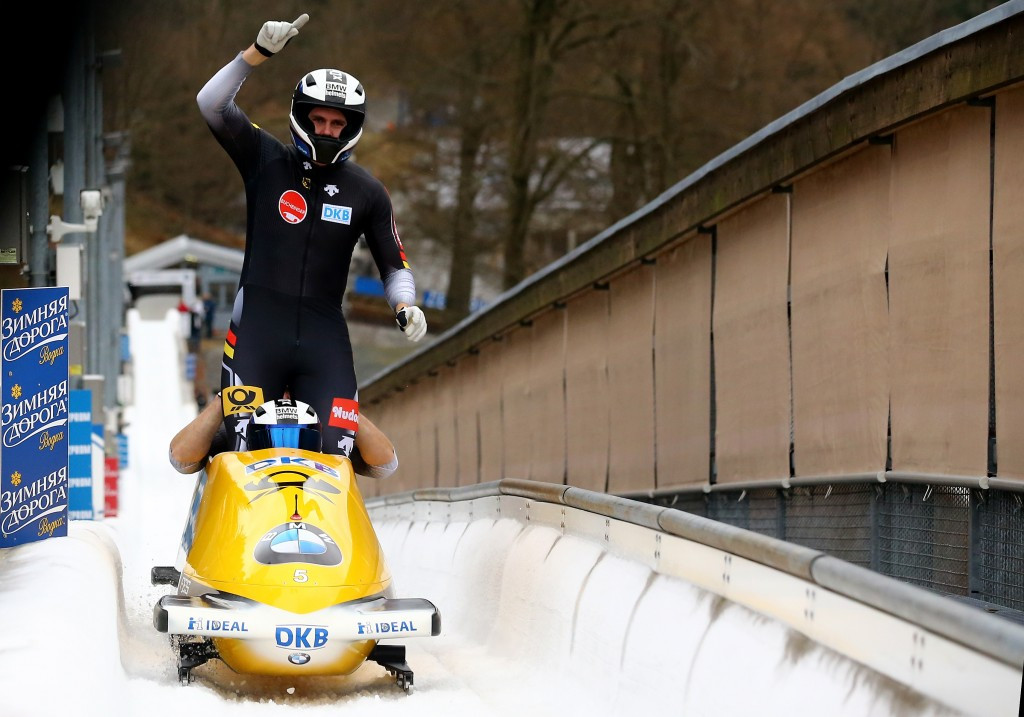 Pilot Francesco Friedrich and brakeman Thorsten Margis made it three wins from three at the Bobsleigh World Cup after another fine performance in Königssee today.

The German pairing have dominated this season's event so far and won again on home ice, clocking a total time of 1 min 38.77 sec to maintain a commanding lead at the top of the overall standings.

This included a new track record of 49.29 during their first run, with their efforts seeing them pip Latvians Oskars Melbardis and Daumants Dreiskens, last year's World Cup champions, into second place by a margin of 0.28 sec.

Melbardis and Dreiskens have now come second behind Friedrich and Margis at all three World Cup meetings this season but there were different bronze medallists for the first time as Germans Nico Walther and Marko Hübenbecker came home 0.73 adrift of their compatriots.

South Koreans Won Yun-jong and Seo Young-woo had taken third place at the first two World Cup events in Altenberg and Winterberg, but had to make do with sixth in Königssee.

The duo, who are building towards a home Olympics in Pyeongchang in 2018, are third in the overall standings with the Latvians second.

Meanwhile, Canada's Justin Kripps and Alexander Kopacz missed the podium by a hundredth of a second in fourth, while four-man Olympic gold medallist Steven Holcomb guided himself and USA team-mate Frank Delduca to a seventh placed finish, their best of the season to date.