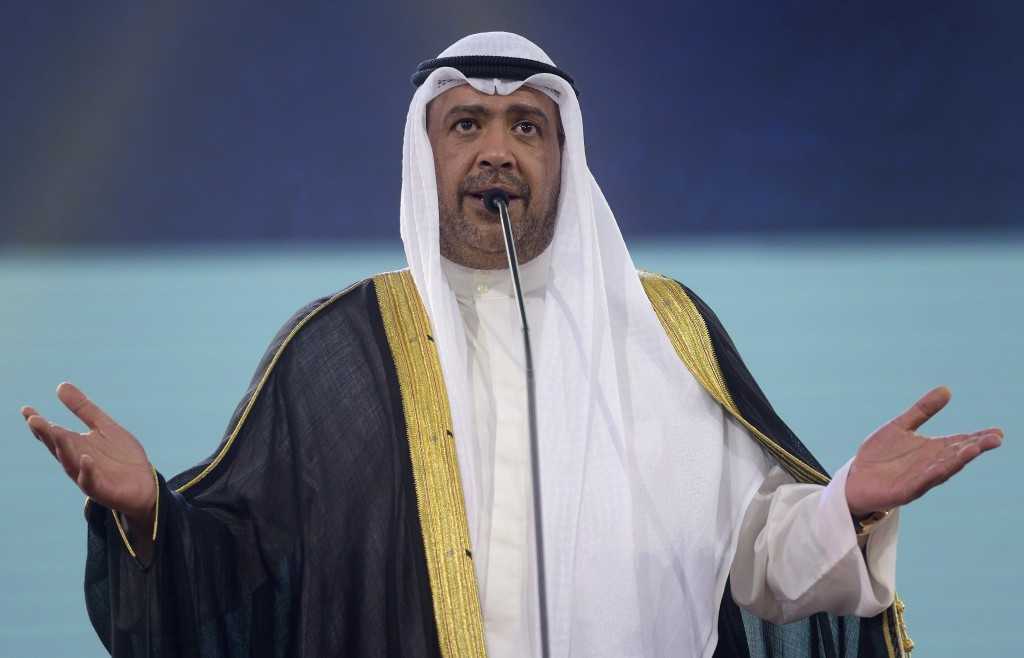 Association of National Olympic Committees President Sheikh Ahmad Al-Fahad Al-Sabah has vowed to fight a six-month prison sentence he has reportedly received from a court in his native Kuwait for allegedly insulting the judiciary.

Sheikh Ahmad has promised he will appeal, claiming he has been made a scapegoat for the country's deteriorating relationship with the international sports community.

“This is a personal attack and unfortunately is symptomatic of the current relationship between Kuwait and the sports movement," said Sheikh Ahmad, who is believed to have remained in Switzerland after attending meetings at the International Olympic Committee (IOC) headquarters in Lausanne earlier this week.

"Under Kuwait’s democratic constitution, it is my right to express my opinion freely, and that is all that I have done.

"I will continue to protect the value of democracy, freedom of right of speech and the autonomy of the sports."

It marks the first public admittance that the conflict between Kuwait and the sports world relates back to political relations between Sheikh Ahmad and fellow members of the ruling Al-Sabah dynasty.

The Kuwait Olympic Committee (KOC) was suspended by the International Olympic Committee (IOC) to protect the country from "undue Government interference” in October, following the passing of a deadline to amend a controversial new law allowing far greater control over all sports bodies.

A total of 17 other International Federations have also suspended Kuwait, including FIFA.

Kuwait's Minister of State for Youth Affairs Sheikh Salman Sabah Al-Salem Al-Homud Al-Sabah has since reportedly threatened to prevent athletes from the Gulf country from competing at Rio 2016 under the Olympic Flag, if the suspension is not lifted.

Sheikh Salman had stood unsuccessfully last year for the Presidency of the International Shooting Sport Federation (ISSF) against Mexico's Olegario Vázquez Raña, who had held the post since 1980.

insidethegames' report on the eve of the election that he had illegally used his Government position to lobby for votes was seen as a major reason for his defeat, with allies of Sheikh Ahmad blamed by Sheikh Salman for conspiring against him.

The current situation is partly seen as revenge for this.

Today's statement, however, confirms that the situation is far more complex and far-reaching, with it alleged that Kuwait’s actions are a personal attack on Sheikh Ahmad, who is enduring an increasingly fragile relationship with his own country.

His evidence was based on computerised documents and film records.

Sheikh Ahmad secured a Swiss Court ruling that the voices of the two officials heard in the recordings were genuine, but the allegations were dismissed by the court in Kuwait as "fabrications".

Sheikh Ahmad, also a former Kuwaiti Energy Minister and head of the Organisation of Petroleum Exporting Countries (OPEC), was forced to make a public apology on Kuwaiti Television, against the two figures he accused of wrongdoing.

He also had to apologise to the ruling Emir, Sabah Al-Ahmad Al-Jaber Al-Sabah.

The situation also casts into doubt the future of the OCA headquarters in Kuwait City, which re-opened in 2014 following renovation.

Kuwait is also banned from the OCA, which Sheikh Ahmad is President of, as a result of the IOC suspension.

The OCA has already been issued with an eviction notice and told they must leave by next April.

“As you know, Kuwait is facing a very difficult moment in its Olympic and sports history and its role in the international sports movement,” the OCA said in a statement today.

“The recent introduction of sports laws which threatened the autonomy of sport in Kuwait were introduced in response to the outcome of the last ISSF elections in December 2014, and have led the IOC to suspend the Kuwait Olympic Committee on October 27, 2015.

“Certain individuals who introduced these sports laws have further sought to seek retribution on the OCA for the suspension and have lobbied for the termination of the OCA’s agreement with the Kuwaiti Government after 35 years of close collaboration.

“These individuals are also threatening to ban Kuwaiti athletes from being able to compete at international events - including the Rio 2016 Olympic Games.

“Finally OCA would like to thank the Olympic Movement, the international sports movement and the wider international community for the support and solidarity they have shown to the OCA Family.

“Together, we must stand united in the fight against all forms of corruption and protect the autonomy of sport.”