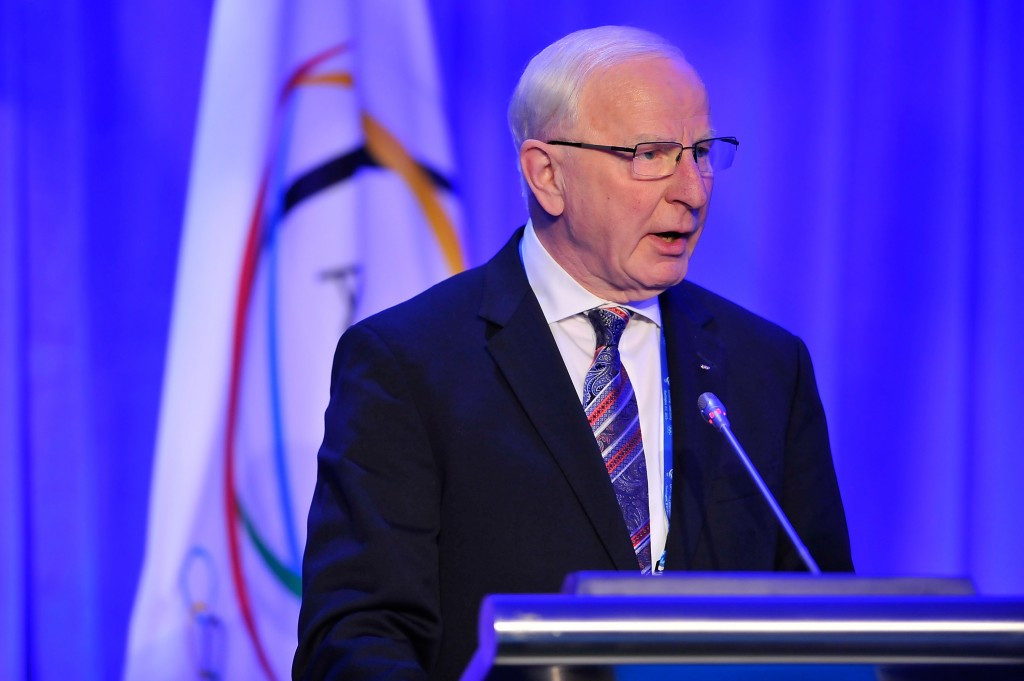 Kuwait was suspended by the IOC in October for a second time to protect the country from "undue Government interference” after a deadline to amend a new law in the Gulf country expired.

The IOC claimed the law threatens the autonomy of the Kuwait Olympic Committee (KOC) and all other National Federations, while also meaning the country would no longer comply with the Court of Arbitration for Sport or the World Anti-Doping Agency.

Hickey, President of the European Olympic Committees, revealed here today that they are no closer to resolving the ongoing dispute and there is no indication that the ban on Kuwait will be lifted in the near future.

He also claimed that Sheikh Salman has vowed to evict everyone from the headquarters of the Olympic Council of Asia (OCA), located in Kuwait City, as early as April, something he described as a “big problem”.

Kuwait’s Government had decided to withdraw the country from the OCA in light of their suspension from the IOC, representing a blow to President Sheikh Ahmad Al-Fahad Al-Sabah, himself Kuwaiti.

Sheikh Ahmad, head of the Association of National Olympic Committees, officially opened opening the organisation's new headquarters in his home country in March 2014.

Hickey, a member of the IOC Executive Board,meeting here until tomorrow, said Sheikh Ahmad was “very upset” by the latest developments.

"The Minister is a very intelligent man but he is not seeing reality,” Hickey said.

“We are determined to make sure the athletes don’t suffer in all of this.

“There has been an exchange of letters which has not been very helpful to us and 17 International Federations have followed suit in suspending Kuwait.”

Athletes from Kuwait faced the prospect of not being able to represent their own country at Rio 2016 but would be able to take part under the Olympic flag.

The latest claims from the Minister, at the centre of a furore surrounding the International Shooting Sport Federation election in 2014, where he was defeated by Olegario Vázquez Raña, have suggested competitors from the Gulf country may not be able to compete at the Games at all because he would stop them.

The issue was discussed at the IOC Executive Board meeting here with Athletes' Commission chair Claudia Bokel.

She claimed Kuwaiti authorities had tried to stop athletes competing in national and international competitions, including qualifiers for next summer's Olympics and insisted "it was never the IOC’s intention to penalise the athletes in Kuwait when it suspended the Kuwaiti Olympic Committee".