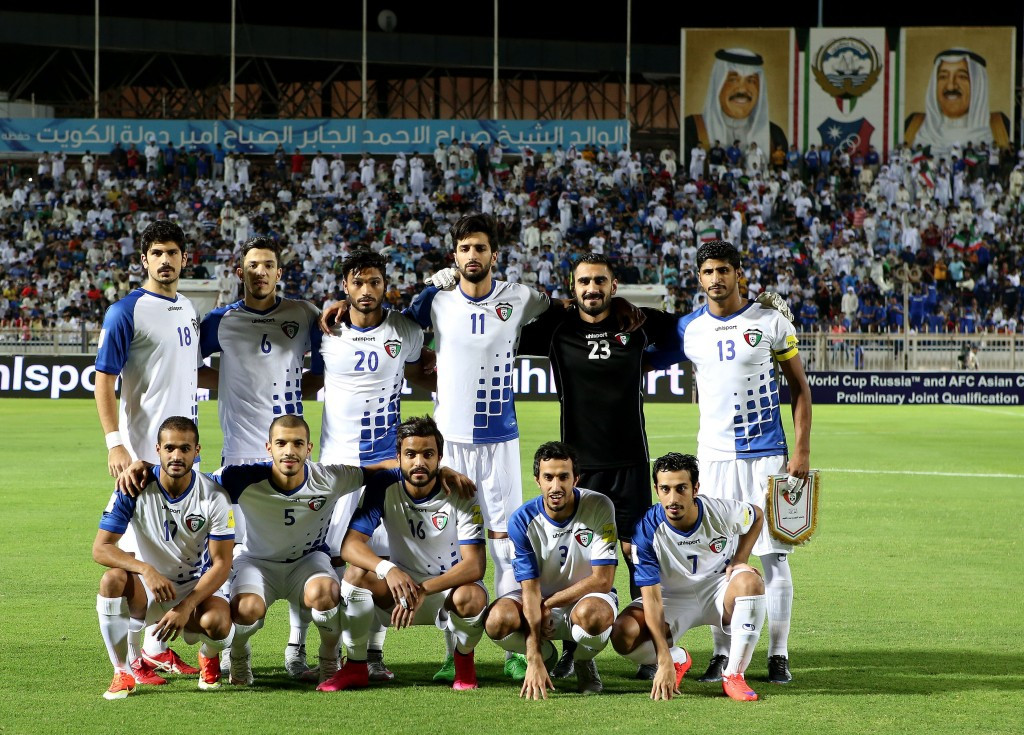 Kuwait could be thrown out of qualifying for the FIFA World Cup as the Government interference row which has been plaguing sport in the country rumbles on.

World football's governing body suspended the Gulf state in October after a law was passed which allegedly threatened the autonomy of Kuwaiti sport federations.

The International Olympic Committee (IOC) also suspended Kuwait, along with at least nine other international sport federations, and FIFA's ban meant that the country's World Cup qualifier with Myanmar on Tuesday was postponed.

With the issues unresolved, Kuwait's future in the tournament is inevitably under threat and due to the missed match FIFA has now opened a disciplinary case.

"The 2018 FIFA World Cup qualifier between Myanmar and Kuwait, scheduled for 17 November 2015, did not take place," a FIFA statement said.

"The matter has been referred to the FIFA Disciplinary Committee for its consideration.

Sheikh Ahmad Al-Fahad Al-Sabah, the Kuwaiti President of both the Association of National Olympic Committees (ANOC) and the Olympic Council of Asia (OCA), is also a FIFA executive committee member and could be about to see his country pay a steep price.

Kuwait are currently second in the five-team Group G in the Asian qualifying section for the World Cup, which will be held in Russia in 2018.

They have won three of their five matches so far, losing one and drawing one, and are behind only runaway leaders South Korea as they chase a best runners-up spot which would see them progress to the final qualifying groups.

The Kuwaitis beat Myanmar 9-0 earlier in the group phase and had been due to play them on neutral territory in Thai capital Bangkok on Tuesday.

But a solution to the country's sporting crisis seems a long way off with Kuwait officials describing being cast into the international wilderness as "unacceptable".

Politicians have also alleged that the situation was orchestrated by "sons of Kuwait" in a likely reference to Sheikh Ahmad.

The country has taken steps to break down its relationship with the OCA, including the cancellation of a diplomatic immunity agreement.

This has particular complexities as the OCA headquarters are in Kuwait City.

Earlier this week, the IOC Athletes' Commission Chair Claudia Bokel said Kuwait had been trying to prevent its athletes from competing at various sporting events, including Rio 2016 qualifiers.

There is a possibility that Kuwaitis could compete under the Olympic flag in Brazil should their suspension still be in place at the time of the Games.

insidethegames has requested more information from FIFA about the situation regarding the country's World Cup campaign.