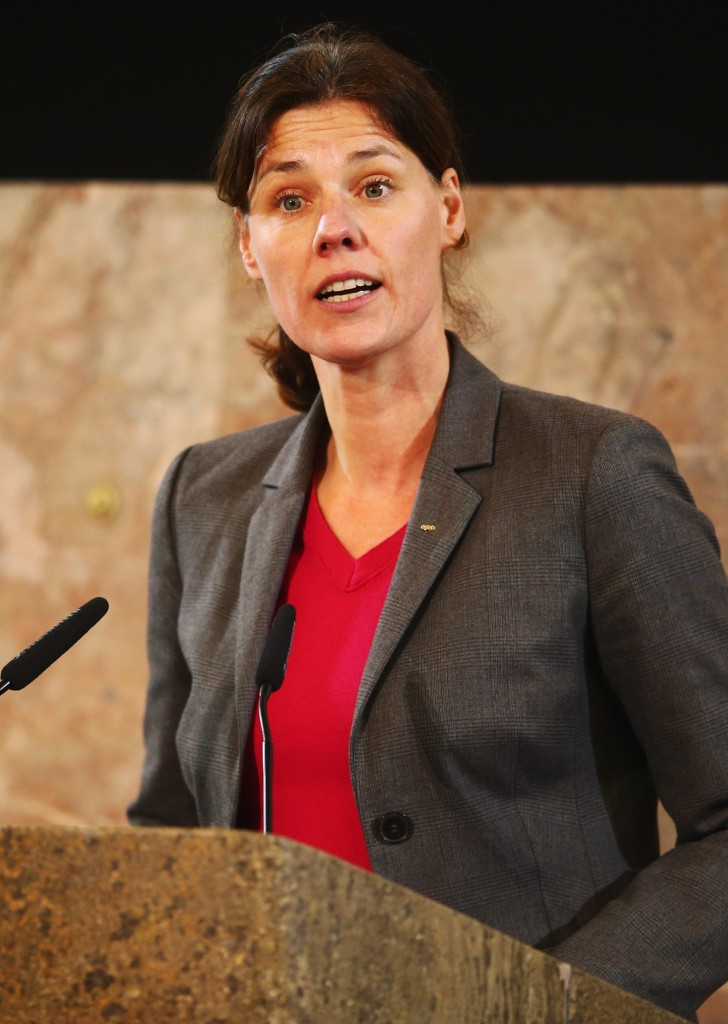 Kuwait has made attempts to prevent its athletes from competing in sports competitions, according to the International Olympic Committee (IOC) Athletes' Commission Chair Claudia Bokel.

The country's Olympic Committee was suspended by the IOC last month due to supposed Government interference, but a "dismayed" Bokel said allowing its athletes to compete as normal was a priority.

She claimed Kuwaiti authorities had tried to stop athletes competing in national and international competitions, including qualifiers for next summer's Olympics in Rio de Janeiro.

If the Gulf state's suspension is still in place by Rio, there would still be the possibility of athletes from Kuwait competing in Brazil under the Olympic flag.

“The IOC Athletes’ Commission has learnt with dismay about attempts by the Kuwaiti authorities to prevent athletes from taking part in national and international sporting events, including qualifiers for the Olympic Games Rio de Janeiro 2016," said 42-year-old Bokel, who won a silver medal for Germany in the team epee fencing at Athens 2004.

"It was never the IOC’s intention to penalise the athletes in Kuwait when it suspended the Kuwaiti Olympic Committee on October 27.

"The decision was rather a response aimed at safeguarding the Olympic Movement in Kuwait and protecting the athletes from undue Government interference.

"In the past, the IOC and the IOC Athletes’ Commission have worked together to ensure that athletes in similar situations were able to train and compete as normal and, in cases where athletes qualified for the Olympic Games, could compete under the Olympic flag.

"We remain committed to supporting all the athletes of Kuwait, individually and collectively, to make sure they are as little affected as possible by the suspension of the Kuwait Olympic Committee (KOC).

"We condemn in the strongest terms any attempt by the Kuwait authorities to prevent the athletes from achieving their full potential, which of course includes qualifying for the Olympic Games Rio de Janeiro 2016.”

The fall-out between Kuwait and the IOC is becoming increasingly ugly after the latter issued its suspension due to a new law in the country which it claimed threatened the autonomy of the KOC and the country's federations.

At least ten other International Federations have followed the IOC's lead but Kuwait has acted angrily to what it sees as an unjust campaign against them, and has described the ban as "unacceptable".

The country has taken steps to break down its relationship with the Olympic Council of Asia (OCA), including the cancellation of a diplomatic immunity agreement.

This has particular complexities as the OCA headquarters are in Kuwait City while its President, Sheikh Ahmad Al-Fahad Al-Sabah, is Kuwaiti.

"Several" offers have been made to the OCA from countries willing to house their HQ should the organisation have to withdraw from Kuwait, it has been claimed.