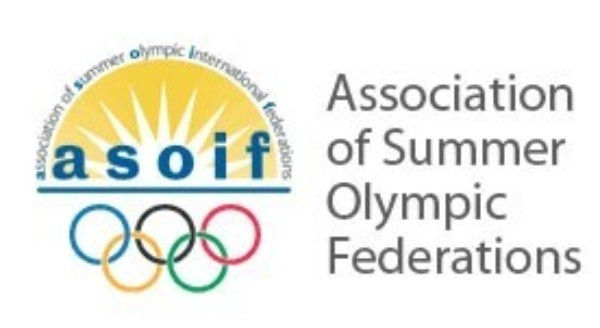 Two new taskforces related to sports governance and anti-doping are to be set-up by the Association of Summer Olympic International Federations (ASOIF) following a meeting of the body's ruling council in Lausanne.

The anti-doping body will be in charge of conducting a study on current activities and related expenditure of the 28 ASOIF member federations.

Its findings will be expected to deliver "valuable input" to the ongoing discussions about the potential creation of an independent body for testing, an idea brought up during the last Olympic Summit at the end of October.

It will be chaired by Turkey's Council member Uğur Erdener, the World Archery President who also sits on the IOC Executive Board and heads the IOC's Medical and Scientific Commission.

Under the new plans, International Federations could pool funding to the World Anti-Doping Agency (WADA), which would then vastly increase the scale of its activities to potentially carrying out testing and sanctioning programmes itself.

Suspicions over widespread doping across the sports world have increased in recent weeks following publication of the WADA Independent Commission's report, which confirmed allegations of systemic doping within Russian athletics.

Former International Association of Athletics Federations (IAAF) head Lamine Diack was also arrested last month by Interpol after accusations he accepted bribes to cover-up doping in the world's largest country, leading to increased scepticism over how seriously the IAAF and other IFs are treating the problem.

Improved governance has also been consequently hailed as a key priority, forming the theme of this month's International Federations' (IF) Forum in Lausanne.

The ASOIF sports governance taskforce aims to "practically support the federations’ intention to ensure good governance within their own structures".

“Our governance taskforce will make sure that words will be followed by concrete, transparent and measurable action," explained ASOIF President Francesco Ricci Bitti, who led the meeting.

"It will analyse the status quo, monitor progress and is expected to deliver a first report to our Council at the next meeting in February.”

Ricci Bitti, the Italian who vacated his Presidency of the International Tennis Federation (ITF) earlier this year, will chair the task force himself, with legal and governance experts from various member federations also expected to participate.

IOC Sports Director Kit McConnell also provided an update on preparations for Rio 2016 during the meeting, including feedback on the test events and the delivery status of the venues.

He spoke about the IF Shared Data Project, an ASOIF-conceived idea pioneering a "unique sporting database containing historical and near-to-live results, athlete biographies and future calendar data with content validated at source by the IFs and the stakeholders of the Olympic Movement".

The IOC has helped to broaden the scope of the project in recent months.

An ASOIF Award recognising distinguished personalities from IFs for outstanding services to ASOIF and its members is also going to be introduced, it was agreed, with award criteria to be considered at the next Council meeting in February.