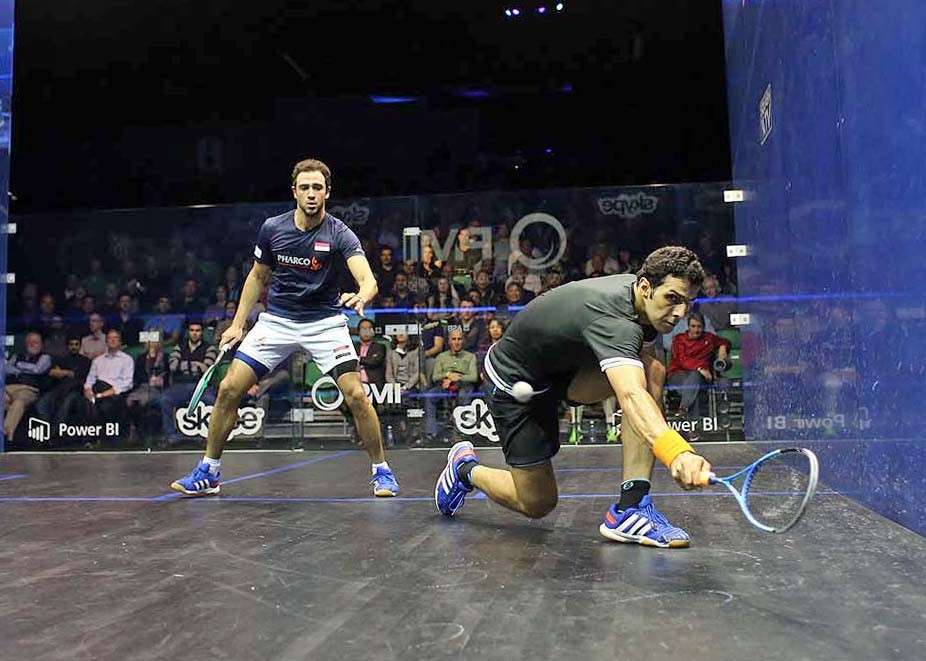 Defending champion Ramy Ashour of Egypt crashed out of the Professional Squash Association (PSA) Men’s World Championship after he suffered a surprise defeat at the hands of compatriot Omar Mosaad on another day for the underdog at the Maydenbauer Centre in Bellevue today.

Mosaad took the match to his team-mate from the outset and raced into a two-game lead to move to the brink of earning a comfortable win.

Ashour, the number four seed, demonstrated the qualities which helped him to the 2014 crown, however, battling back to level the intriguing encounter at two-games all.

Ashour looked the more likely to emerge victorious before an old hamstring injury began to flare up, denting his charge towards a superb turnaround.

In the semi-final he will take on another Egyptian, Tarek Momen.

“It’s the first time in my life to reach the semi-finals of the World Championship and it’s amazing, I’m really happy,” said Mosaad.

“I’m pleased with my performance especially in those first two games.

“In the third and fourth I got a little tired and Ramy was controlling it.

“I’m really sorry for what happened to him, I hope he recovers soon, but winning is winning and I need to make sure I recover as best I can now.”

Willstrop, the former world number one, will go up against third seed Gregory Gaultier after the Frenchman progressed to the semi-finals by virtue of a battling 5-11, 11-8, 10-12, 11-1, 11-3 victory in his clash with Egypt's Ali Farag.

“This is the World Championship and the tournament that everyone wants to win,” Gaultier said.

“I have been training so hard all summer to try and make my dream come true and even when you’re down you have to keep your head up - I fought hard to the end and that made the difference.”

The trend of surprise results continued as fellow Englishman Nick Matthew, the 2014 Commonwealth Games gold medallist and three-time world champion, was beaten by Egyptian Momen 5-11, 11-7, 9-11, 11-8, 11-7 in a gruelling 84-minute encounter.