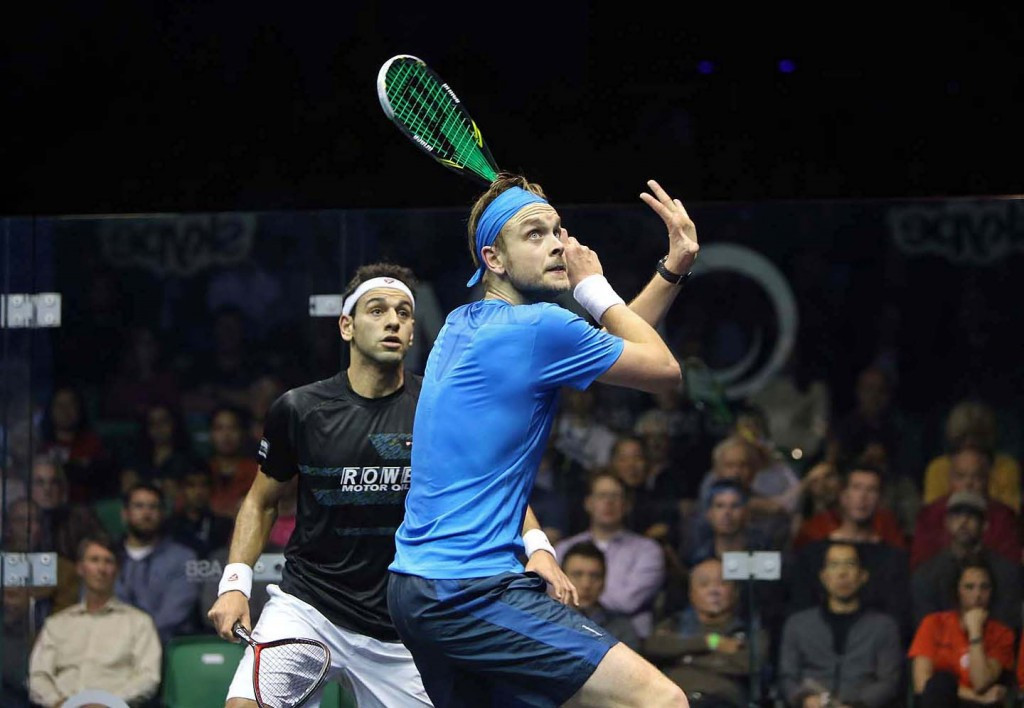 James Willstrop of England recorded one of the biggest shocks in the 39-year history of the Professional Squash Association (PSA) Men’s World Championship as he sent Egyptian world number one Mohamed Elshorbagy crashing out of the tournament with victory in four games at the Meydenbauer Centre in Bellevue today.

The 32-year-old has endured a torrid time of late after battling back from a serious hip injury but he showed no sign of the problems which have plagued his career over the past 18 months as he produced a sterling display to claim a 11-4, 11-7, 10-12, 11-7 triumph.

Willstrop, runner-up at the event in 2010, looked on course for a comfortable straight games success but Elshorbagy fought back from 10-7 down in the third to half the deficit.

But it proved to be a fleeting moment of success for the top seed as the Englishman regained his composure and saw out an impressive victory to set up a meeting with Miguel Angel Rodriguez of Colombia in the quarter-finals, the first South American player to ever reach the last eight.

The disappointing result for Elshorbagy, twice a runner-up, ensures his agonising wait for his first-ever PSA Men’s World Championship title goes on.

“In the context of everything it’s maybe one of my best ever performances,” Willstrop said.

“I feel great for the moment but I can’t get too carried away - it’s not the end.

“This is the biggest tournament in the world and I need to get myself together now for the next round - it’s as simple as that.

“I’ve won but I need to perform again tomorrow.”

Elsewhere on a fascinating day of third round action in Seattle, number two seed Nick Matthew of England claimed a straight-games win over Marwan Elshorbagy, brother of Mohamed, to book his place in the quarter-finals where he will take on another Egyptian in Tarek Momen.

Ashour was joined in the last eight by third seed Gregory Gaultier of France, who overcame Karim Ali Fathi 11-5, 11-3, 11-3 in his third round encounter.

The Frenchman will next face Egypt’s Ali Farag while Ashour will take on teammate Omar Mosaad, his fourth Egyptian opponent of the tournament so far.